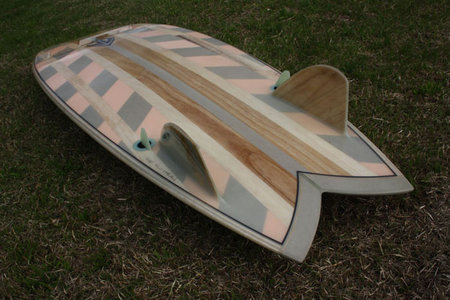 Me too, this just happened to me. I was just starting to have fun with it. I went to the site and tried again, but i never get the email with the link to the download. Bummer. 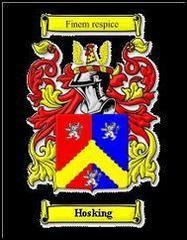 Mate this thing here with these guys is eating you up. I felt the same way when I worked for a foam company and they copyed my idea, now I don't even worry about them as it was doing my head in, I just worry about my company and making sure I do the best job for my client that I can. Just waiting to see if they copy my new CDD blank should be fun if they do. Peter

GONNA GO CATCH ME A FEW BIRDS FOR DINNER!

Cutting surfboards is a thankless job. It's sad that these AKU guy's aren't more customer service driven?
It's hard enough running these machines and keeping everything right. To have a software war is out of control.

I feel your pain.

Cut other items other than surfboards.
You can do boat parts for $200/hr or surfboards $25 - $75/hr.
Were's the ROI? It's a horrible business model (having a cuttng service).
Only Pro-Cam or KKL make a decent margin.

Having said all that it seemsthat Mr. Freeze would want to make it easier
for his customers including past clients to maintain a decent margin
in order to generate more sales of their machines?
Negative comments travel fastest than positive ones!

Otherwise who will be retarded enough to buy a machine with today's ecomony?

Staff shapers make more than machine owners. $66 per/hr and no overhead. (3 boards/hr)
Plus they can reject the miscuts even if it's 1/32". The fail blank gets charged back to the owner of the machine.
In the end it's a lost cause. Shapers now day's want the boards 98% finished. The machines get it close however
not that close. It's really demanding. So if your reading this and want to buy a AKU Surfboard Shaper make sure
you have another $100,000 in cash for back up once you pay for your machine so you can cut boards until you run
out of money! Let the cutting services that exist do your boards. There is no room for anymore machines in California.
There are so many machines from San Diego to Santa Cruz. It's out of control.

Economics 101 = Supply verses Demand - Plenty of capacity and little demand?
The surf industry is going through a strong correction this year. It will take sometime
to recover.

My view on the machines:

I have had experience with preshapes from the APS3000 machine with toolpaths from both APS3000 and Shape3D softwares and also I've had experience with the new Akushaper machine and the Akushaper toolpath software.
I had the same board cut on both machines and I have spend considerable time in the factories to be able to comment.

At first sight the two machines are much the same. Only the experienced eye can see the slight differences.
The Aku is only ~6 month old but has been down a lot. Often I could not get my boards done in time so I had to go to Newcastle to have them cut there. They have the APS3000 running with Shape 3D.

On both machines, operator care and experience shows in the final product. The Aku made some nice stringer cuts with the new blade. Later, as the blade was worn in, there was no more difference.

The APS3000 in Sydney cuts with angel wings, the APS3000 in Newcastle uses Shape3d and there are no angel wings. The Aku in Sydney makes small angel wings but on boards with rounded tails and wider noses the angel wings become massive. There is no difference in regards to rail symmetry, contrary to the marketing bs.
Loading a blank on the machine takes a lot more time on the Aku, I was told that it is much easier to make mistakes so operators have to be more careful. Around the Aku are enough trouble blanks to tell the story.

The full version of the Shape3D program is much advanced, a different world actually. Shape3D allows for manipulation in 3D, design of the concave by changing the stringer curve (not just pulling the rail down), the insertion of fully interpolated slices, the rermoval of points while keeping the curve... just to mention a few. The toolpath is a lot more sophisticated, super reliable, very smooth and provides all imaginable control for boards with multiple stringers, ghost passes, different cutting directions, smooth winger cuts and so on.

The Aku tries to solve problems with high tech hardware but there are still issues with burning EPS and XPS. The spindle motor is very quiet but obviously not powerful enough.
The APS3000 solves most issues with the design and toolpath software, blank setup time is much faster. Cutting time on both machines is much the same.
I did my diligence quite well thanks.
Flavs.