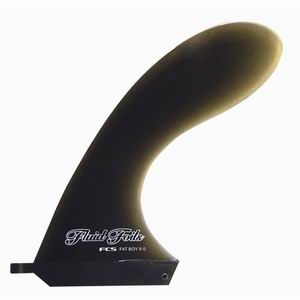 First Fathers Day since my Father passed in December.

Dad was never a surfer, he was a pom that immigrated to Australia in 1963 as what they called a 10 pound pommy.

Settled in Eastern Victoria, Australia and raised 7 kids, 3 ,including me, that were born in Australia.

When I was 14, he let me attempt to build my first surfboard in his garage.

Was a bit of a hack but I did surf it for a couple of years.

Now 25 yaers later, I am still shaping boards, not for a living, but if it wasn't for my Dad,s encouragement, I wouldn't have took on the challenge nor continued to shape.

There is nothing better than riding one of your own creations and realising that is works and works well.

Happy Father's Day to your dad (and to you if you have kids.)

For those of us in US, it's celebrated on the first Sunday in September down under.

good to see you here

my folks emigrated in 1961 from england

and dad , although not a board rider , took to the ocean bodysurfing every chance he got

simon and i got boards before we were teenagers , thanks to dad.

you're lucky , you get more waves there than us wozzies here , in the upcoming summer months....

my mate Ross ['quentin' here] lives a little south of you and 'beerfan' , ross is at shoalhaven heads . Hopefully you might be able to get a surf with him one day , should you happen to be down that way ?

Yer summer here is pretty good. For me anyway.

Wave aren't as big or powerfull as in winter but I love the warm weather and usually ride my longboards and SUP.

Not too bad on the eye at the beach either.

I took the Auslocks board from him.

I  normally bypass Shoalhaven Heads when we go south.

Although I have been to the club there a few times.