HANALEI — A male surfer drowned in the waters off of Hanalei Saturday.

At about 5:43 p.m., dispatch received a report of the drowning, according to county spokeswoman Beth Tokioka.

According to North Shore resident Terry Lilley, the victim took off on a big wave and did not come up.

“We are all sad on the beach tonight as a local surfer lost his life today in the big surf,” Lilley said. “The surfers at Hanalei are all good friends and this could have happened to any of us.”

This is the fifth ocean drowning on Kaua‘i this year. On Tuesday, Kaua‘i saw its first fresh water drowning of 2013 when a male visitor from Canada was found in the Wainiha River.

In 2012, Kaua‘i saw a total of four drownings — two in the ocean and two in fresh water.

There is a high surf warning in effect for or north- and west-facing shores of Kaua‘i and Ni‘ihau until 6 p.m. today.

sorry to hear it...didn't know him, perhaps you can tell us a bit about him to help honor his memory...

told him the news and he told me he just broke his foot riding harley, ...

abuse is for 14 year olds

and then 19 year olds

then the bent legs and broken arms

the time comes when your last injury

you are out of the conversation

and are little more than the latest

shake shingle roof specialist did more roofs in princeville and north shore with mike shansky than anybody.

surfed Brewers with a passion.

because he craved and pursued big surf.

giant winchells outside and down from bobos in haena

was a story he told me one time.

someone pays the price. 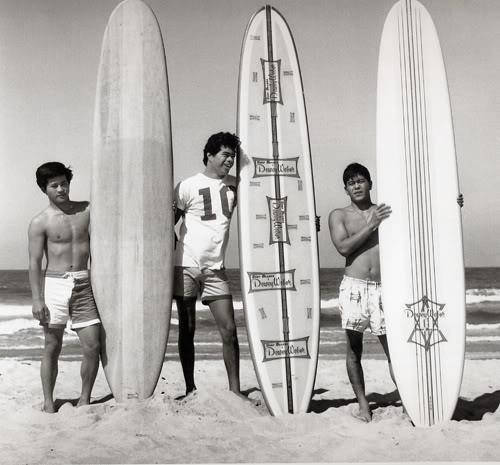 Rick & Charlene, are my next door neighbors..... A wonderful Paddle Out, just off the Hanalei Pier, turned out to be very eerie after Charlene deposited Rick's ashes into the water. Someone started to scoop water / splash into the air... People whooping /yelling .... Titus ( Kinimaka ) was in a 4 man canoe with Ricks, hanai daughter and Titus began pounding on the side of the canoe. Everyone picked up on that and for about 15 minutes, folks were beating / slapping their boards. It was haunting, to say the least..... Chicken Skin kine!  ~s~

in good company with

as well as many others

and watching them both surfing

in their prime in my mind.

didn't know him, perhaps you can tell us a bit about him to help honor his memory...