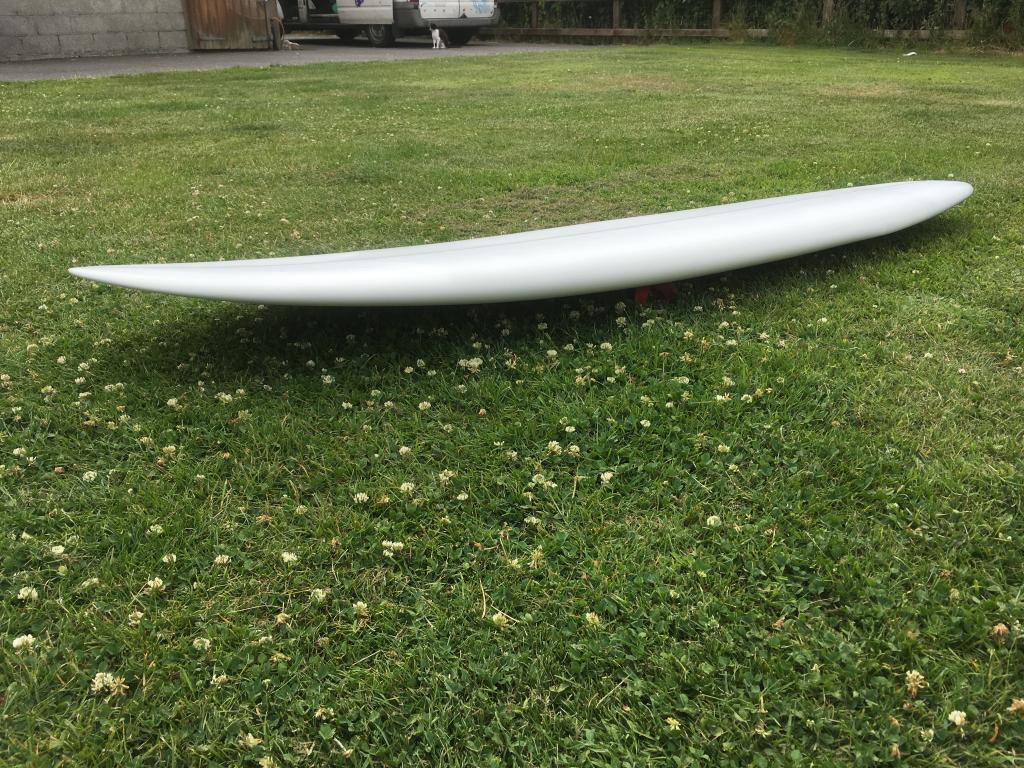 Thanks. Yes that's what I have always done before, but this is for someone outside of my family (first time) and he really wants it as light as possible (but wanted gloss coat) so I thought I would try a few layers of lacquer as I am hoping its easier to feather in but won't know til I try. Thanks again

I understand. Half the time once I get everything feathered in I've hit weave again, haha.

I have built a few customs for others, and traded a few boards too, and frankly, every single experience has been less than satisfying for me, so I'm done building boards for or trading boards with others.

I feel for you - "As light as possible... plus I want a gloss coat" is exactly the kinda stuff I'm not interested in doing. Now I build what I want how I want and take my sweet time doing it.

haha, ditto, i always hit the weave again as i want the gloss or lacquer to be invisible, which almost always means finding cloth again! Taking sweet time is something I must learn to do, russian around doesnt work! :D

If you are going to spray on a coating of a different product even if you feather it , IMO , it will show . 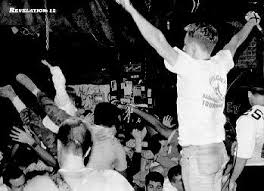 Just cause something is on the label doesn’t mean it’s true (ps. It’s not) polyurethane and lacquer are two very different things, it’s one or the other.

gb is right it will show.

Use a proper gloss resin and a few things will happen, burn throughs are more difficult to create, your polish will be better and your board will be stronger.

Huck - The other day I went into the store to get a candle holder but they didn’t have any, instead I got a cake!  - You made my day with some Mitch!

I hope we can get this thread to surpass 10 pages!

"We ain't on our way to Wembley,we ain't gonna win the league. No matter how much they let us down - Westham's still our team"...

No, the label could be false, but as THAT is what it IS labelled, when I am looking for a replacement, which do you think is most likely to find a replacement:

1. Searching for the true secret ingredients that they cover up and dont mention on the label, or

2. Searching for something labelled the same.

If i want a newspaper, we know what I am looking for. We could debate whether the contents are really "news", but a newspaper is still what its commonly called so the best way to get one would be to ask someone "where can i buy a newspaper?" If they replied to start a debate about the true definition of "news", then that would make for a great philosophical discussion and one I would be interested in, at another time, AFTER i found my friggin newspaper which I might only want to line the soles of my shoes or mask off somewhere I am gonna spray with the mysteriious non-existent PU lacquer! I can see the motivation to get the thread to ten pages.

You will notice I asked about "PU Lacquer", as that's exactly what it says on the can. That was deliberately phrased for that reason, to find the same stuff (whatever it may contain).

So, I am looing for some lacquer. A can I had is called PU lacquer, but I dont want Halfords shit because their nozzles always gum up despite being used correctly so I was hoping for another brand of the 'wrongly labelled' stuff.

All of that assumes you're right by the way, and I am not a chemist or paint expert so I won't argue that you're not correct. However it seems there are 3 possibilities:

1. You are correct and there is a conspiracy of lies among the paint production community.

2 .You are not correct, and PU Lacquer does exist.

3. (My guess would be this one) There are differences in terminology here. Lacquer can be used to describe the "stuff" itself (i.e. the chemical contents), OR it can be used to describe the FUNCTION of it (i.e. an over layer of something thin and clear). A bit like "varnish" or "veneer", words which can describe something by its function, such as "he had a veneer of arrogance hiding his insecurity".

Fun stuff, but you will have do the rest of the work to get it to 10 pages, I have a board to spray with POLYURETHANE LACQUER! Hoping Santa brings me one but I also left a note for the tooth fairy in case she deals in conspiratorial paint products too. :D

P.S. - As you no doubt are aware, in the UK we have the "Trade Descriptions Act". this law enables consumers to know about the product they are buying which, especially with paints and aerosols, is important in order to wear the correct protection etc. I am considering a class action law suit against Halfords and all other companies selling "PU Lacquer", but I need an authoritative independent expert witness to provide the evidence of their fraud and mislabelling practices. Since you're clearly certain you're right,  could you please help by providing some evidence as to why there is no such thing as PU Lacquer, so I can take this forward? I am sure you will want to help take these magic wizard's to task?

Thanks, first time I have tried it, always used gloss to patch over befoer, and never once managed to get that so it doens't show (bump or visible edges where feathered). I was hoping lacquer might be easier to disguise purely due to how thin the layer is. I am not hopeful but gonna give it a whirl

Ohhhh oh! We’re half way there

ohhhh oh! Living on a prayer

take my hand, well make it I swear...

"We ain't on our way to Wembley,we ain't gonna win the league. No matter how much they let us down - Westham's still our team"...

Is that a comical attempt at a tactical retreat from the debate you started on such absolutist grounds as : "Polyurethane lacquer is a reality in the same way Bigfoot and Nessy exist." ????

"Find me the magic wizard selling polyurethane lacquer and I’ll buy you a case!" - Time to come good on that. Come on little boy, don't run away now just when it's time to put your money where your oversized mouth is.

For future reference it will stand you in good stead to learn the proper way to attack a straw man. This is the process of diverting conversation away from the topic or point at hand (because you can't argue it well enough), and choosing another topic which you know you can WIN on. It's a common trait of idiots, emotionally unstable feminazis, radical marxists, and various other cretins and dirty-bellied worms of the earth. The problem here is, well, you apparently chose a straw man you can't even beat. Where exactly does that put you on the scale I wonder? I will let you decide. Keep watching that soccer, it's clearly having more effect on your cognitive abilities than the PU Lacquer could ever do, if it existed of course.

A friend of mine has a great saying which he calls me out on when necessary: "First rule of holes = When in one, STOP digging". You need a friend like that I reckon. :D

Now I am off to find Bigfoot. TTFN sweetiepie.

No expert here, but there is some good insights in this thread, (thnx WideAwake) so I did a little further research. It appears lacquer is an emulsion whereas polyurethane is a polymer (plastic). Maybe they are emulsifying dried polyurethane, so the lacquer does contain polyurethane, but it is not a polymer in the sense of a true polymer that sets up by chemical reaction as opposed to solvents drying in the air. If they have to list the ingredients you should be able to determine if it contains polymers, and what solvent is used as an emulsifier.