So ... surfing at Indicators or P.P. 1st peak on a head high day, if you can get a wave in da crazy crowds, would speak to fin performance in spades.

Seems it has potential from my point of veiw but then the variety of boards out there make the end assessment make that assessment scetchy.

The way it performs on a low rockered old school board and a modern performance longboard will be quite different. I wouldn't sell the thing short.

As with any fin design on the right stick it might light things up. The old model is shallow in depth and would be good on small days in heavy kelp

conditions. The new model is simply out of proportion to what the fin was intended IMHO, marketing is the rage and something unusual and showy

Finnally sorting out how things perform subjectively as though you really know whats going on without have things under foor is just plain stupid.

We have our failures and successes, but with small minds or without experimentation we get nowhere. 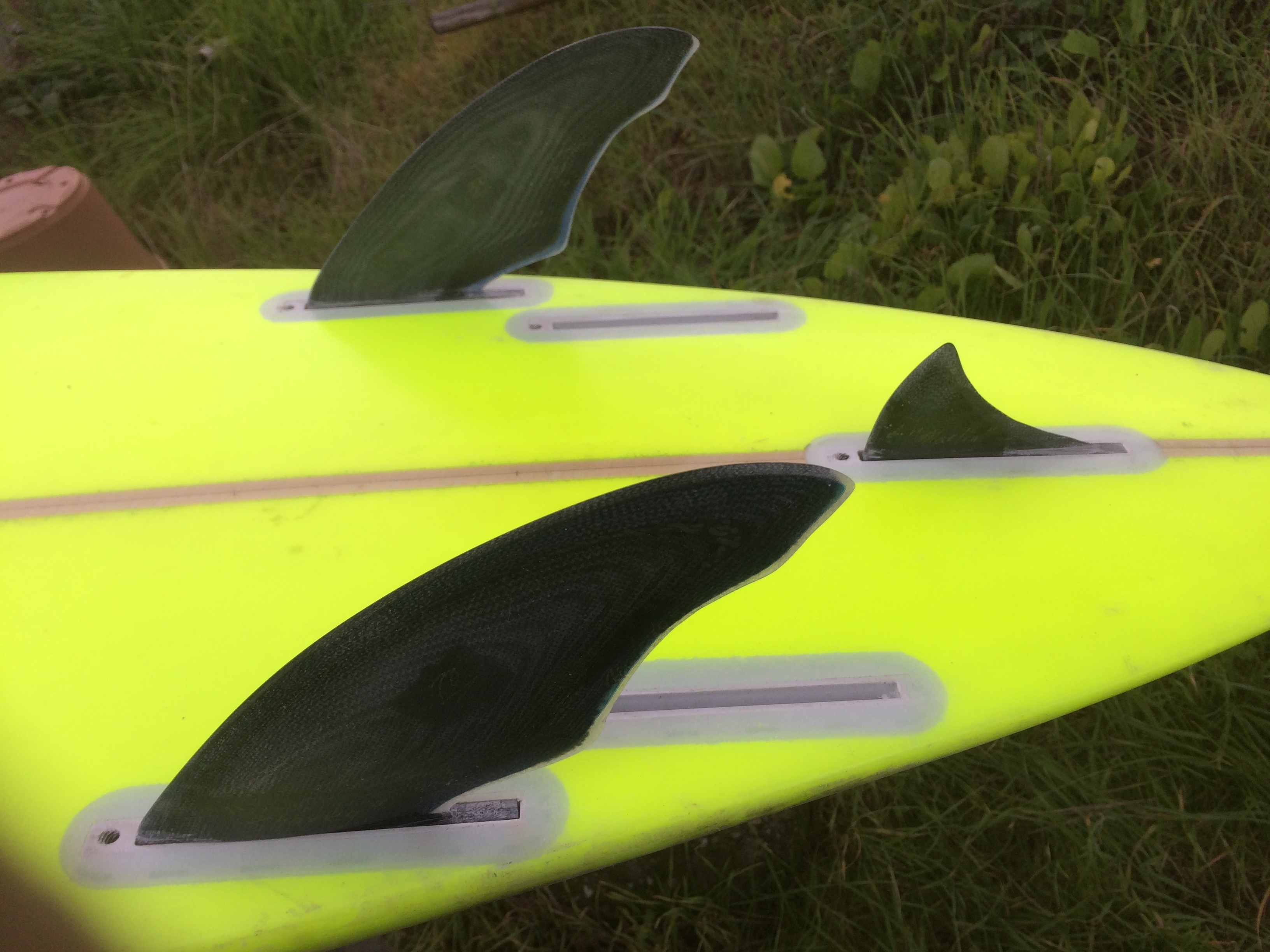 Oh I’m into experimentation and my mind is open.  Stuff that was put forward in the sixties and discarded is usually stuff that didn’t improve anybody’s surfing.  When it is brought back it is because it has become “Retro”.  Or—.  Because a newer younger generation wasn’t surfing when it came around the first time.  They weren’t there to remember whether or not something worked.

The boards of the 60s had very limited performance.

a broad performance spectrum on the wide variety of boards that we have today.

the week. Marketing has swayed many surfers who know little and care less about

board performance or fluid dynamics. It's the way things are. It won't change.

I watch some of the old films and see some grand things happening. It's inspiring. 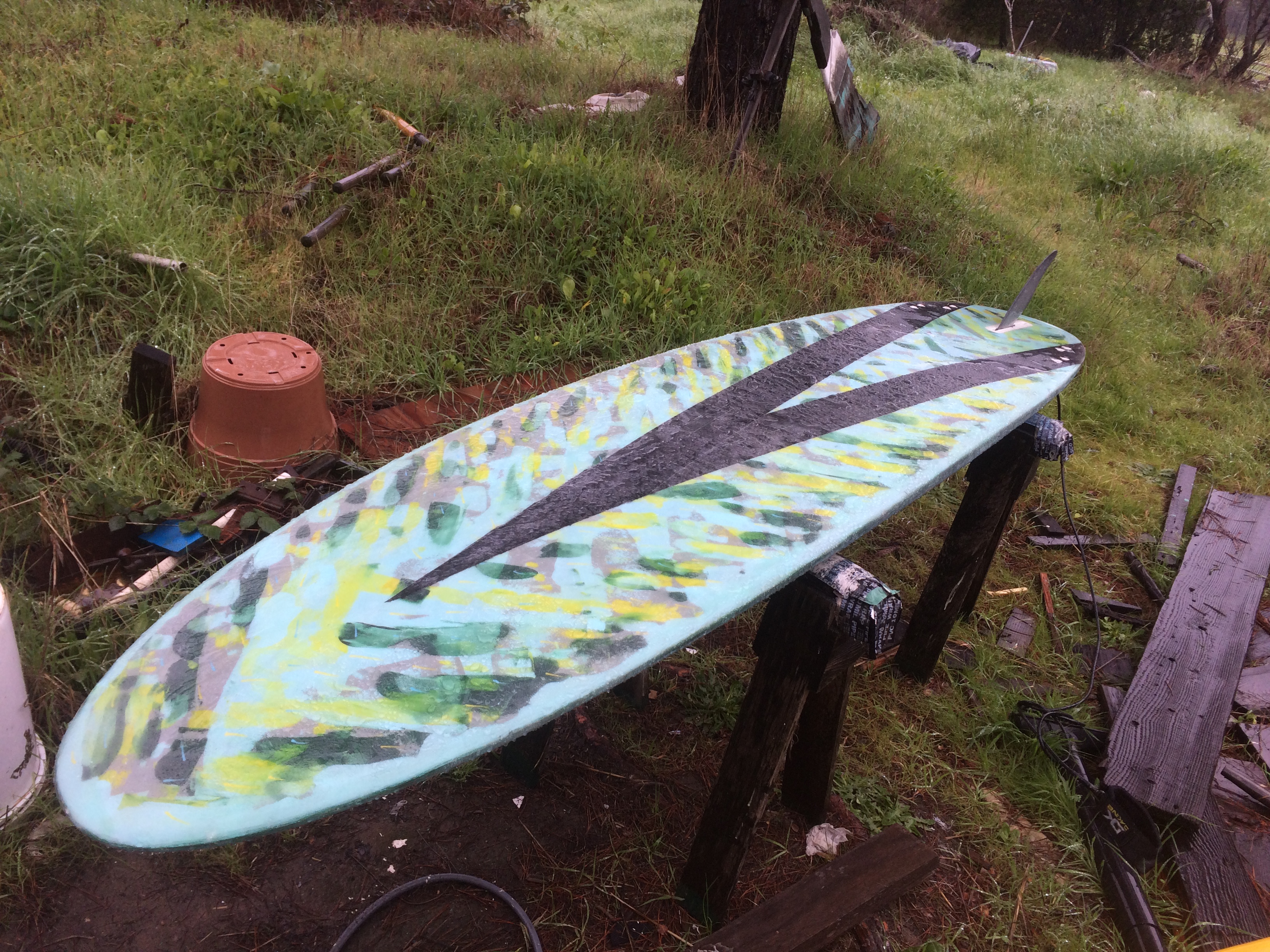 Here’s one for sale.

The guy who runs that site is Seb. Let him know I sent you.

Too late! I already bought it! They were great to deal with (thus far) - speedy and helpful. :thumbsup:

Something I've never seen discussed (though surely it has been) is that most intermediate and beginning LB-ers are riding equipment that is unduly difficult for them to ride, either because too modern and high-performance (too sensitive for beginners or intermediates) or too unresponsive and difficult to turn. Before making the LB in the clip (and in the post I linked), I rode several by different currently in vogue shapers, one of which was a high-performance 10' glider made for a friend who is 20 lbs heavier than me (I'm about 215 lbs). I never rode a board over 7 ft that was so hard to catch waves on, or that was so squirrely (meaning sensitive and responsive to every weight shift and change in foot position -- not even 6-5 "potato"-type eggs with long, deep doubles that are looser than most shortboards). Every time I moved my feet on that board, the board responded more than I expected it to, making it hard for me to control.

That experience of that board doesn't surprise me as the shaper is a master shaper and master surfer over 60 with whom I occationally surf. His style is a pleasure to watch because he's always on the edge of being out of control, and he loves for the board to surprise him continually - very expressive. I think the board is what *he* wants, which inherently means it's not really a good board for beginners or intermediates. Really maybe only 1 in 100 surfers (or maybe even 1 in 1000) surfers are close to his level, yet everybody says that board is phenomenal. I hated it.

Other LBs I rode in the past were the opposite, stiff and hard to turn, but entered waves much better and with much greater wave-catching range, even at smaller lengths and lower volumes. I've ridden friends' boards who can't surf at all, and they surf their boards better than I can because they've adapted to mainly going straight on boards that are very difficult to turn. On those, when I take off, I generally fall face first into the side of the wave when I try to make my first bottom turn.

Maybe it's because I'm an LB'ing noob, but I don't see how there can be any absolutes about good/bad when it comes to boards or fins. And then when you add in the variation of self-shapes and flawed boards -- a whole other challenge as far as matching fins to boards -- good/bad is even more variable.

On the whole, the review part of my original posts was just to share what to me was a neato discovery, i.e. that a real weird fin was a lot of fun to ride on a wonky board that wasn't as much fun with much more established, readily available contemporary fins.

Batfische - your original post here was lengthy, but heartfelt. I considered it had enough merit to re-post in regular format, and I also moved the topic from archives to general discussion.

Any hands on reviews and commentary are worthwhile, as this is the heartbeat and life of progressive design, and very much in tune with the spirit and purpose of the forum.