I am setting up to shape two more boards first 2 weeks of august.

I think I understand a lot more than I did a couple of months ago but obviously still learning.

I am trying to make a board for one of my friends that fills a gap in his quiver. Right now he has basically all performance shortboards which is great when it's like 6 feet and has some good sauce in it.

But what I was thinking of making was a fish but not as high volume as the one I just made.

Was thinking of making the board something like 5'8 length and 2.5 inches thick.

Wide point 2 inches up from center.

16 inches at the nose

Maybe 3 inches of nose rocker and less in the tail with a plan for a central concave running to just above the twin fins?

2) Going to try painting directly on the blank for this one and laminating in violet. I think acrylic paint can go directly on eps? Can you verify

3) For glassing what I did on the last ones was 6oz on the bottom and 6oz deck patch with 4 wrapping around. Any reason to deviate from this glassing schedule?

Everything above is spot on, EXCEPT:  the concave, and the dark lamination.

Is the reason no concave just because for a fish shape you are usually riding shittier surf so you don't really have the ability to get it up and planing?

Any idea where I can actually learn the physics of when to concave and when not to concave? I just want to try it but don't know what shape its best suited for. Both of my shortboards have single concave to double over the fins but I honestly couldn't tell you how important it is.

First off, your current plan will work, so if you want to do that then by all means, proceed as planned.

But you most likely do have other options for this situation.

One thing about adding different types of boards to a rider's quiver is that they will need to adjust their style to make the board work as intended.  That's not a problem for riders who are inclined to learn new ways to handle a board but not everyone is open to that.  There are a lot of riders who want to do the same thing on every board they ride regardless of the design.  Just handing someone a fish doesn't always lead to them surfing that fish as it was designed to be surfed.

The thing to remember about the fish design in general is that the people riding them intially when it came out were longboarders who were coming down in length but still retaining their stance and turning motions.  They were going for the long carve, often in conditions that were faster/ bigger than they'd ride their longboards in  Fishes were not initially designed to be used as grovellors, although a lot of people treat them that way because of the length x width.

If your rider normally does shortboards then doing a Simmons or one of the variants for smaller/weaker might be a better fit for their existing style than an actual fish.  More pivot, more drive off the rear foot and wider stance.  They're fast off the line and you can run them really short without running into problems with the curve.   For a 5-8 x 150# surfer of average skill a 5-4 Simmons is very doable, and even a 5-2 length might work.   They carry A LOT of volume for their length.   At the shorter length your rider will feel like they're on a skateboard.

Tyler Warren does his "Bar of Soap" model which IMO has better lines and is much more scalable than the original.   You can make them really loose for a middleweight rider by running a twin up front and a smaller trailer in the rear and inset from the rail.

I woud go so far as to suggest that if your rider normally rides thrusters, another option to consider might be a design similar to the  Channel Islands Biscuit or a Roberts White Diamond type boards.  Short/wide/flat/thick and set up with a thruster-friendly rocker.    Again, a 5-4 length for a 5-8 rider is going to be plenty of volume and float to work in small/weak conditions.    Another good option would be a Fowler (posts here as Deadshaper) Fountain of Youth or Stoker Vee Machine type design, also in the really short length.

In general, you always want to start with your rider's style and skill level as well as the target conditions, and then work backwards from there.   You usually want to fit the board to the rider, not assume that the rider will fit to the board.

I actually like suggestion. Mike and I always get into conflict because I love twin fins and just flowy turns and he loves to do dumb snappy things haha.

I just looked at the biscuit and to be honest I think that is a SICK shape. I think im gonna deviate to do something like this plus it will save me having to do another damn fish tail haha.

So ill do it as a thruster.

Rocker wise, probably not a ton of rocker I would imagine. Any bottom contour? 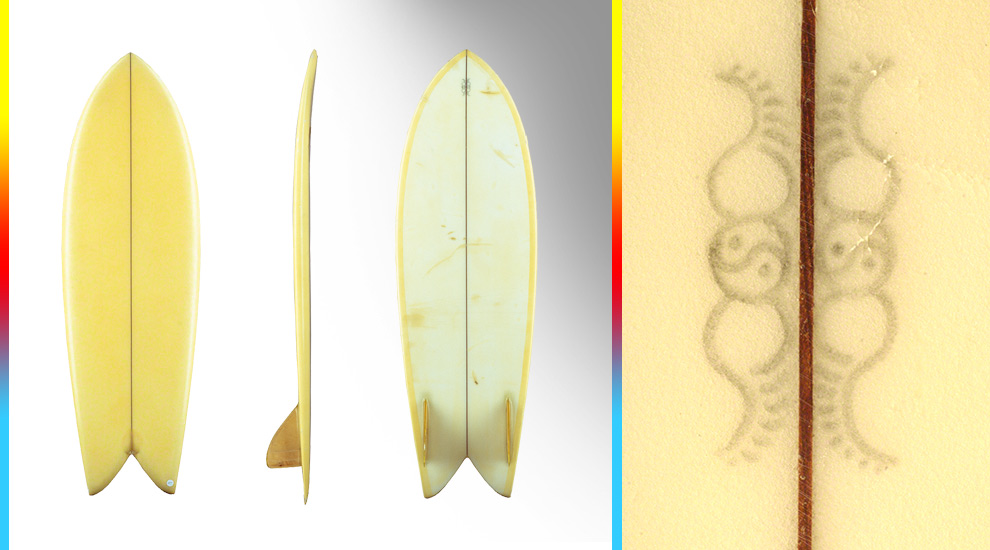 That's fine, and like I said, the board will work per its design.  My only suggestion is that unless your rider is coming down off a longboard, a 5-8 length is way more board than he needs to get his waves.   Some years ago I did up this 5-4 x 21 x 2.75" fishie variant and it came out at almost 40L in volume.  That's enough for a 200# rider.     By the time you bring the rockers down it becomes all about the wetted surface area. 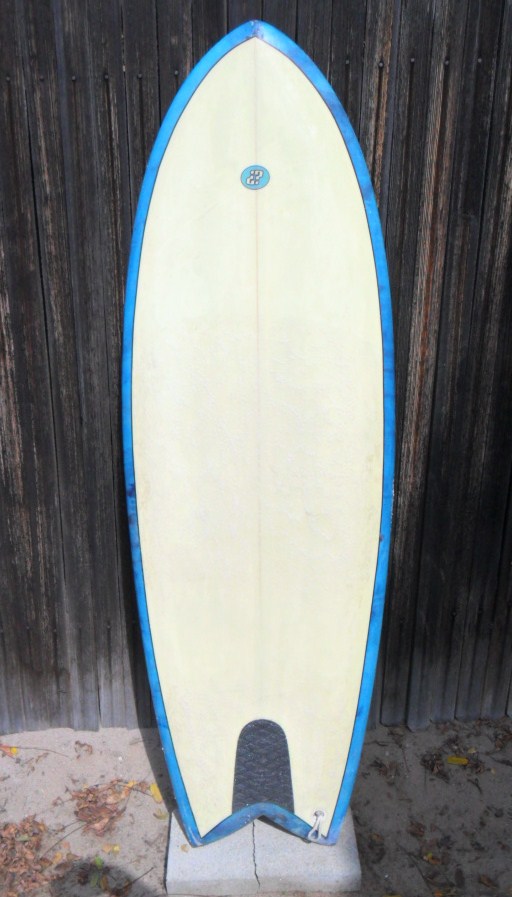 I agree gdaddy.  Alright thanks for the input guys. Stay tuned