Looking good, curious to know what foil you are using ? 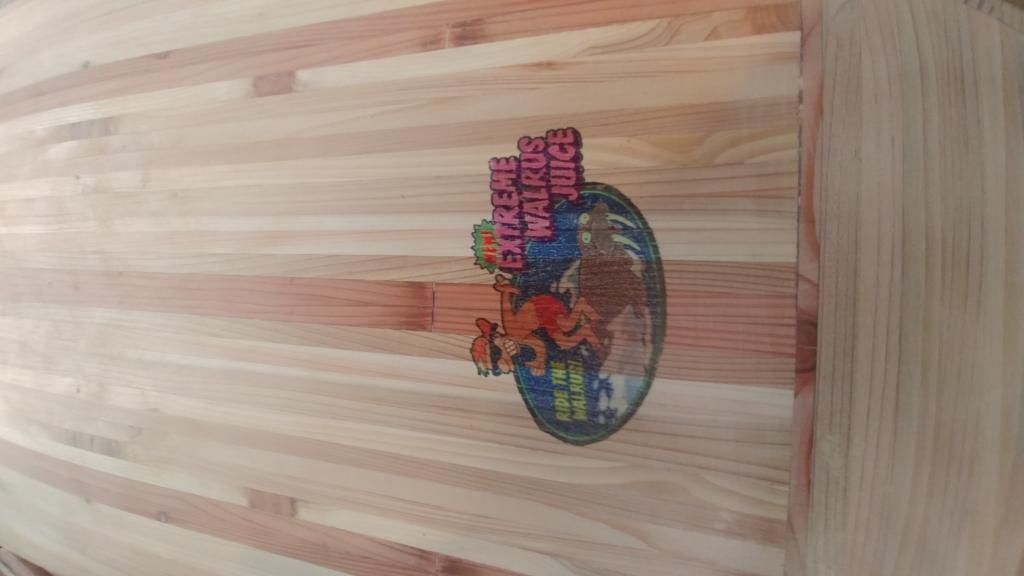 Looking good, curious to know what foil you are using ?

I don't remember for sure off the top of my head, but it was either the e168 or e169. I can check later when I get back to my computer. It turned out way better than I thought, but still needs some work. I am really stoked to try it out.

They show some Penguins hunting anchovy with a camera attached behind the head of one penguin.

The wing of a penguin, bears a striking a resemblance to the  humpback pectoral fin, but more streamlined.

Notice the weird trailing edge striations in the direction of water flow.

A wing, that evolved to be functional, only when underwater. Hmmmmm.

As far as Biomimicry goes, this seems like a good candidate.

It also looks to be the same general depth/area,  as a surfboard fin.

They do the same hunting tactics as Humpbacks, dive under them and surface through them from below.

But these guys tuck air deep inside their feathers before diving, and as this air expands as they surface through the bait ball, it expands and the extra buoyancy rockets them to the surface.  No video of this, but that air water interface around the wing, like surfboard hull and fin is also a good parallel to our intended usage.

What If Greenough got mesmerised by one of these, instead of the tailfin of a bluefin tuna?

Wonder what the foil resembles....

Hope this video loads for those outside the US.

These screen shots taken about 41:00. 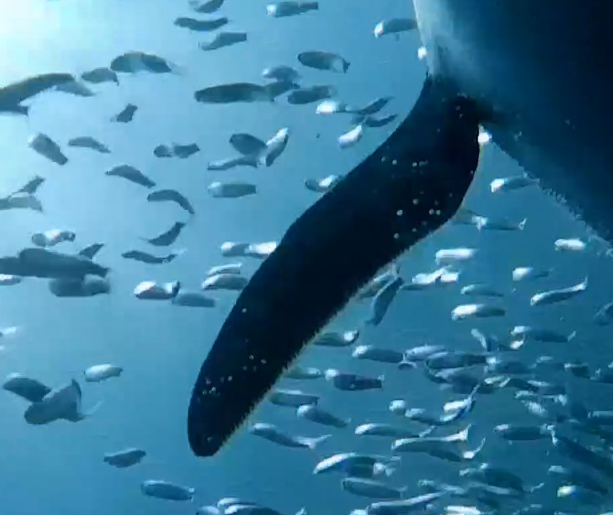 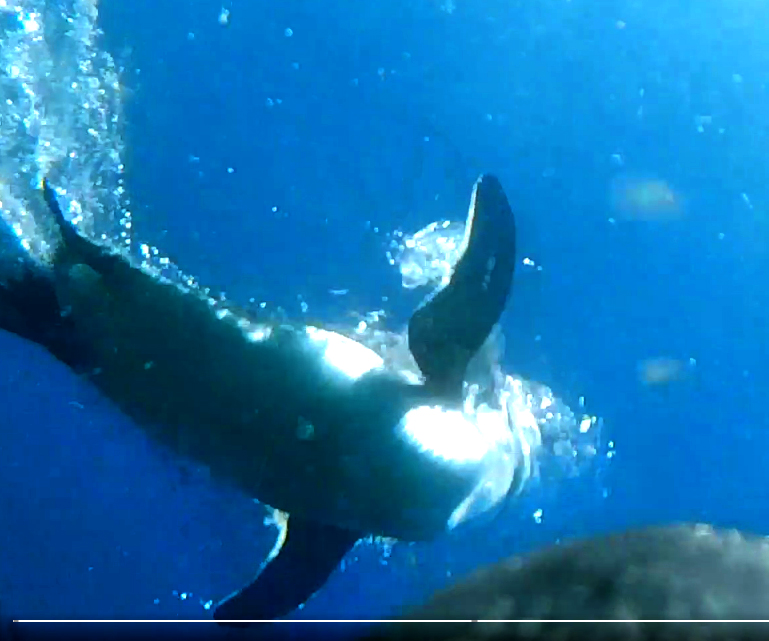 I'm waiting for VPN magic to allow me to watch the videos.

A few weeks ago, I spent a night a Sea World Resort. FMDACMM

But is was a clear lull in Covid transmissions, and there have been no cases in several weeks in my state. Good opportunity to keep the missus happy!

What stood out to me at Seaworld were the penguins. I watched them twice, first time they obliged, second time no such luck. Family oblgations tore me away from the little critters swimming around less than 1.5m from me, blatantly dis-regarding any social distancing rules.

( I have to admit that the rays where also most amazing, they are magic flying carpets with a tail twice their body length, most likely a sensory organ to analyse the vortex....

OK, I stop waffling, the video seems to be running, now that I have moved to Carolina or some such...

Yes, impressive how the planshape is very similar to the humpback, including the cutaway near the body. I wonder how much the cutaway is shaped by hydrodynamics or for ease of movement. Probably a bit of both. Some research paper indicates that the foil is close to NACA 63018. 18% thick with max thickness at around 33% of chord length. At the cutaway the foil's thickness goes up to 40% chord because of the bones but the actual thickness is similar the rest of the flipper.The penguin's flipper seem to be smoother, with a more consistent foil than the whale.

These are fat foils, 13% thick is the max I have used for a single fin yet.

The cutaway would seem to be a requirement in order to reduce aspect ratio at higher speeds, but could also reduce interference drag.  Penguins not having a tail for thrust, means their wings are also the propulsion, not just passive directional changers like pectoral fins.

The trailing edge striations are interesting too, but no Idea how deep they are, or if they are visual only and not actually ribbed.

I was thinking a set of these pengwing  rail fins a @ ~7" inches deep with cambered foil, would be neat to try.  I busted out a pencil and white cardboard yesterday and drew a few from memory, failing badly to achieve anything which 'looked right.'  and failing that, even similarly to a peng wing.

If  designed for use as a single fin for my longboard, depth would likely need to be around 12".  Initially I thought the high aspect fins looked too small, but they have more drive than my significantly larger dol-fin and way less drag.

Looks like the Pengwing would be even more so, even at ridiculously thick and deep.

I was thinking a set of these pengwing  rail fins a @ ~7" inches deep with cambered foil, would be neat to try.

Once we get the planshapes right I'll model the complete Pengwing Thrusters Set and the single. All planshapes don't have to be the same, the sweep can varie between the side and center fins. Are you thinking about a cambered foil at 18% thickness for the side fins ? Give me some hints about the foil you see, lotsa camber ?

I think the side fins should have a bit of curves to them as I don't think the penguins ever keep them fully flat. And I'll bet they add a bit of twist toward the tip, like 2 or 3 degrees because they surely feel the tip vortex. 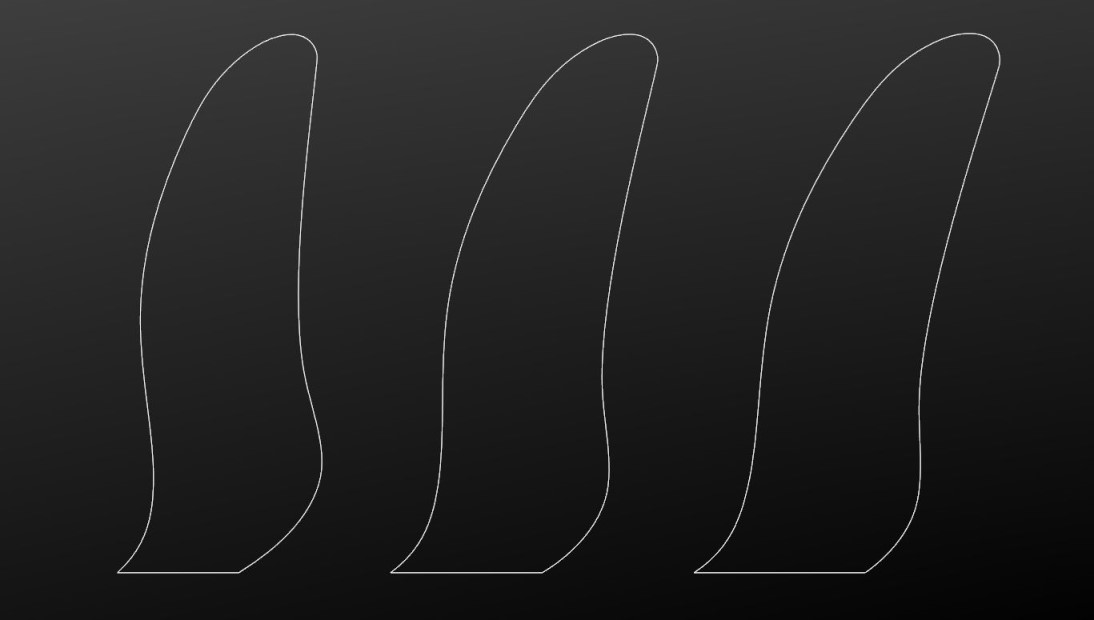 That break in the leading edge's outline, with mini ish tubercle with lower aspect ratio to tip afterwards,  is what i was attempting to draw the other night when infused with beer 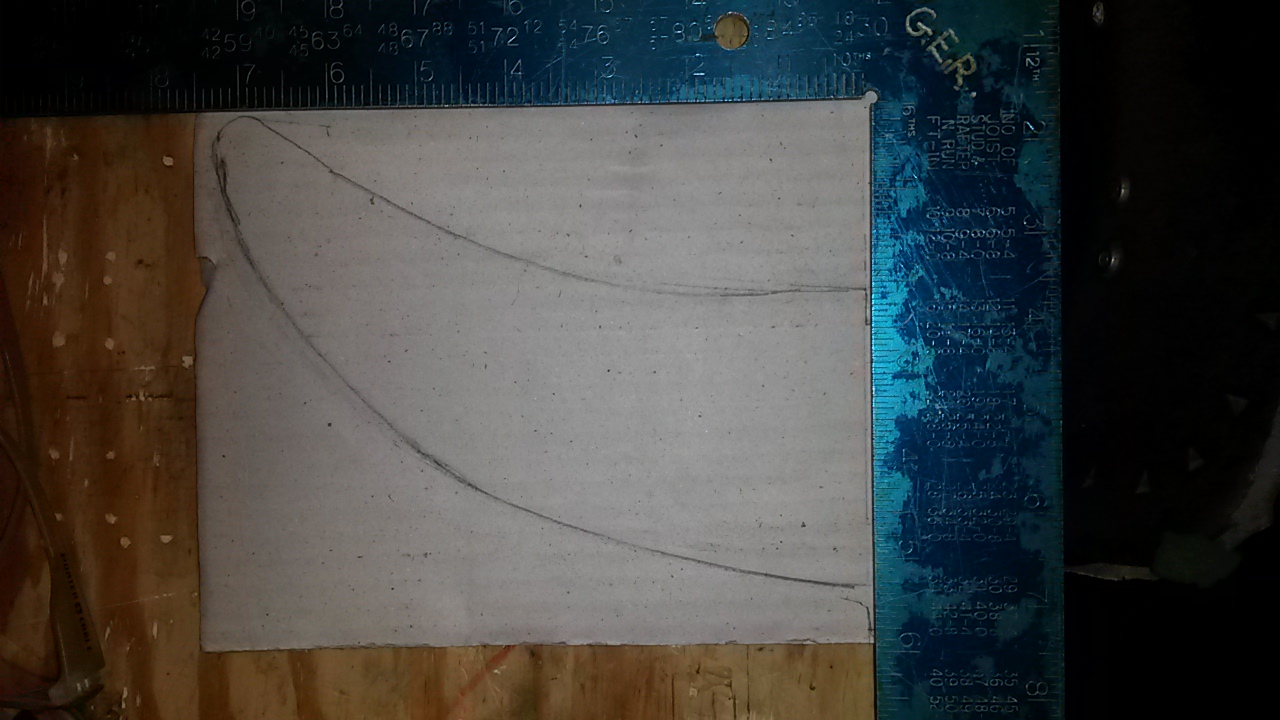 opened the laptop for the first time in several days....

I've no issues eliminating the cutaway at the base of such a fin. I'd rather have the trailing edge vertical from hull.

I am afraid of too little base area, even with more depth, with such high aspect ratio fins.   Could be an irrational fear, but slow speed drifty weirdness is a feature of high aspect  fins, and reduced base width would seem to accentuate this.   Tubercled fins being so happy in a stall/partial stall,  only adds to this drifty weirdness. My multifin HWS's all seem to be overweight and dull until a certain speed is achieved then crisp and much more responsive, above that minimum speed.  Any fin which prevents that speed to be achieved initially, seems to ruin the ride and make me wish I chose to ride my longboard instead.  I refuse to hop or spastically try and generate that minimum speed on weak waves where one needs to get some parallel to shore movement early in the weak wave, avoiding the bottom turn.

I can use the probox inserts for different cant/splay/camber and with no canted tabs I can more easily reinforce tab(s) with carbon rods.  Not really big on fins sticking out beyond the apex of the rail. Having cut up my feet in my youth on such fins, ruining many a session.

As far as cambered foil rail fins I only have experience with the latest 'batfin' I made with the ~150% thickness drela AG10, and the jury is still out as to whether I like, it with only a few sessions in undersized underpowered waves. I am bothered by flat sides from a design standpoint, but still like their crisp responsive projection when underfoot.

The more 'antiflat' the inside of a rail fin is, the less I've liked them, unless in the rare more powerful larger  conditions.

I am leaning towards the raked tip of traditional 'dol-fins' being a  feel good 'suspension' with self centering 'caster' built in, with the tip flexing away from load and rebounding afterwards, with an acceptable amount of drag. High aspect with no tip to bend in reaction to the flow around it might have noticeably less drag, but is missing something, like the board not self centering to nearly the same degree and having to consciously do it, where that was never a consideration in the previous 37 years of wave riding experieneces.  With multifins perhaps the rear fin(s) can provide that self centering and forward rail fins be optimized for max grip minimum drag, rather than 3/4 similar shaped sized fins of today's perfomrance quads and thrusters.  I certainly liked the feel of mrMik's half sized Deaweeder fin in my thruster box which has a fair amount of sweep , with my HAR rail fins.

The ultra short turning radius of high aspect fins on my shortboard, when pushed hard, has been a bit weird to figure out, and makes one realize just how much resistance to turning the traditional fin outline imparts.  Quicker and looser and different might be just be a short lived novelty if one cannot get it figured out and achieve the lines one intends when reading the wave face.

I think the deep 'Peng Wing'  rail fin might be really fast and loose but still lack the comforting self centering and 'loading the fins through a turn' feel.

Can the center fin tame the turning radius without imparting too much added drag?

Can  a thick foil counter the lack of self centering  and slow speed drifty weirdness of high aspect ratio  fins?

I guess there's only one way to find out, and that's to try it.

One of the most insight-provoking videos I have ever seen was the one where a penguin dives deep under the ice (carrying a camera), then cruises at depth, hidden in the total blackness, like a falcon hidden in the total brightness of a sunlit sky, then the penguin 'freefalls' upward to assassinate an unsuspecting ice-fish.

Do not skip the meerkats, or anything, if you want to learn how fins work.....