I put a new wood tail block on it, with leash cup, doweled because I thought it would be stronger, but prob not necessary. The old one was foam. 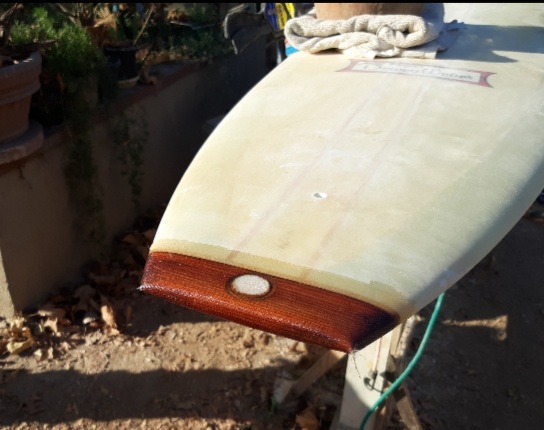 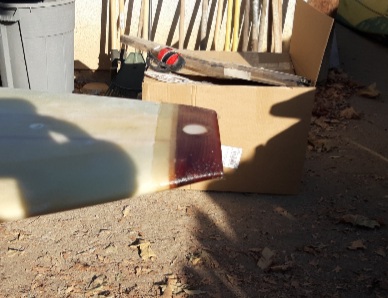 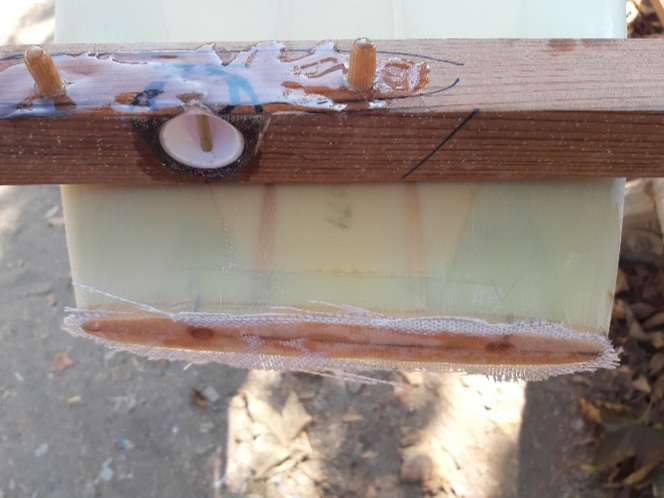 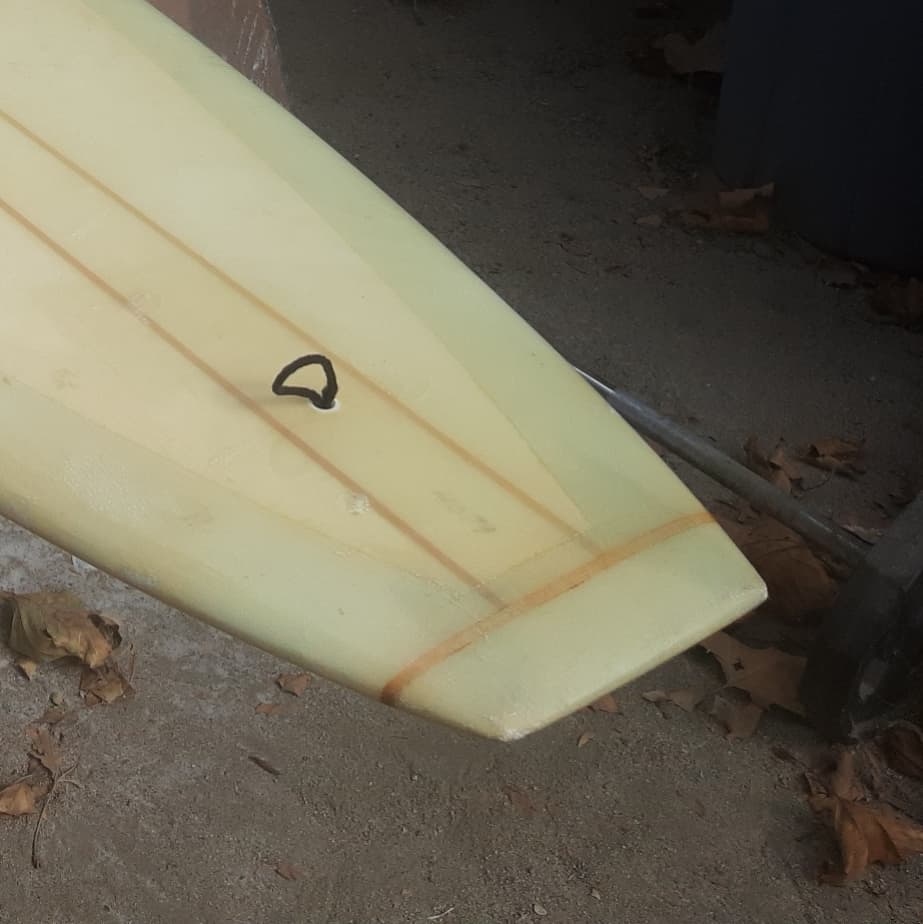 Huck that board is really coming together. I see you used some glass between the tail block and foam. Does this add strength to the bond?

You are 100% correct about how people value there time. I'm a sucker for sticking with things, but I'm all or nothing. When my skills are further progressed I'll get back on it and  make it good.

Funny thing is it was my first longboard, I really owe any surfing skill I might have to this board. It taught me the basics, how to do functional cutbacks and find good trim etc. I'll post some pics up later today

How about a pic of the finished nose blocks?  Looked like you had them going good.  Tailblock looks good.  But I favor the drill thru.  This board is probably a hand shaped O'Keefe or the shaper just previous to him(whose name slips my mind).  90's.  Aloha Glass did most of the Webers thru the 90's and 2000's.  There standard leash attachment on a longboard or any center box was always the "drill thru".   And I don't believe they put there logo on the Weber boards.  I say hand shaped because I believe there was an early period where O'Keefe did not use CNC.

I do think adding a layer of glass to my glue ups makes them stronger.

Interesting about the history of the board.  It has no marks on it other than a number, no date, dimensions, or shaper's name.  The guy I bought it from said he bought it from a friend in the San Onofre Surf Club.  He bought it for his wife, but she gave up surfing when she started having kids, and it has sat in his attic for ten years.

I don't like drill-thru's, for me they are in the wrong place, and the knot below often interferes with the fin.  I think fin boxes are made for fins, not for leashes.  But I will just leave it, so any future owner can use it if they please.  I like my leash attachment all the way back.  This is the first time I have tried putting a commercial leash plug in a tail block, and I've never seen it done before, but I don't have any reason to think it won't work just fine.

The nose blocks you saw were for the Challenger, but it turns out I have enough redwood left over from the piece I ripped for the tail block, so I do plan to make a nose block for the Weber also. 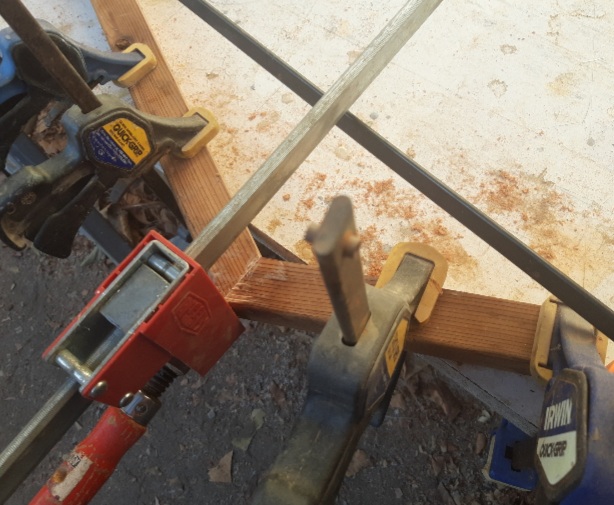 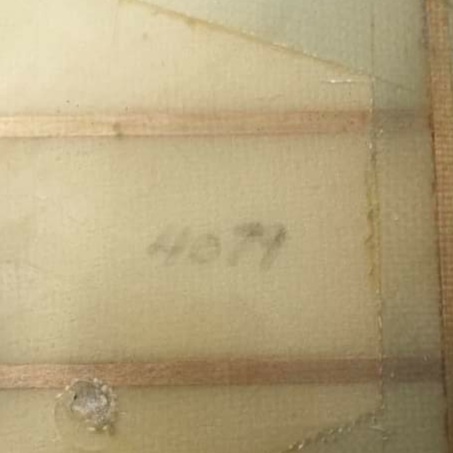 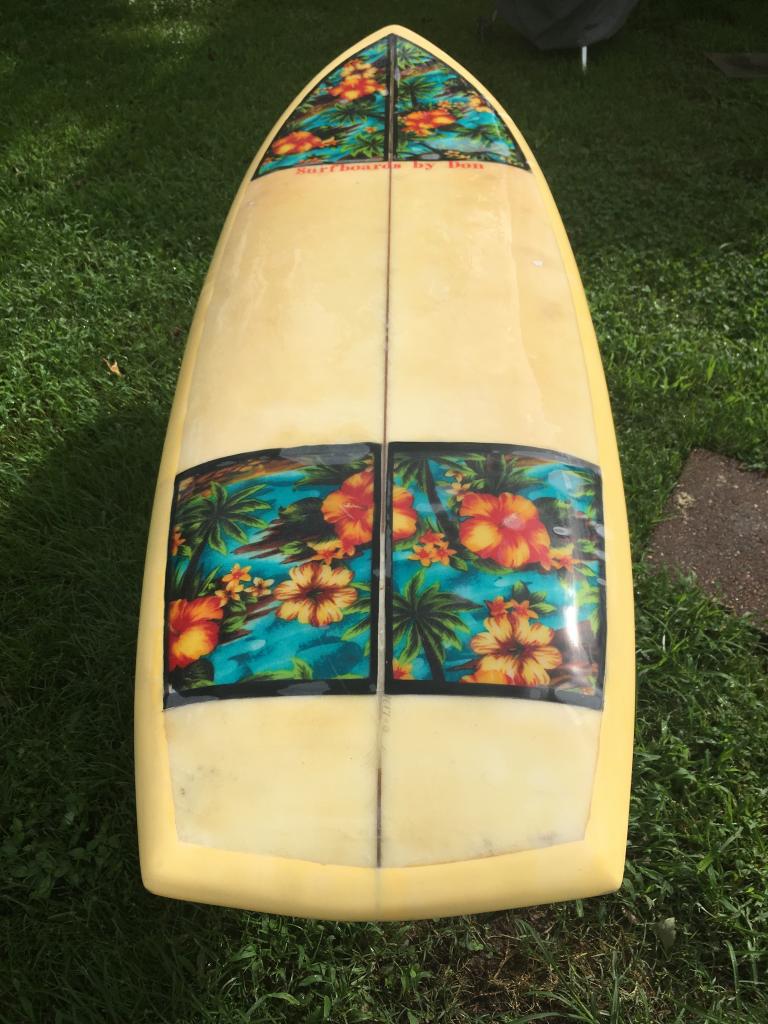 This thread is awesome, keep posting. I too, like fixing up old boards. I have gone from full restoration (making them look new again) to basically making others watertight. I'm more of a fan of the 'make em watertight' boards but the problem I always come across is that I don't want to have any ugly repairs. At that point I debate as to how much I want to 'pretty up' the repairs.

I agree with color matching, it's tough; and you're doing it the hard way! I've resorted to filling the ding and then painting over the repair, then glass. It seems to work so far. I'm always amazed at this video, hopefully one day I can get to this level. I'm sure the airbrush helps.

Yes, my goal is to avoid ugly repairs, but not to try to hide the repair. Airbrush would def be a good tool, I might invest in one.

A bit more on the nose block...

I tried to plan it so that knot on the bottom would be sanded off, missed it by that much. 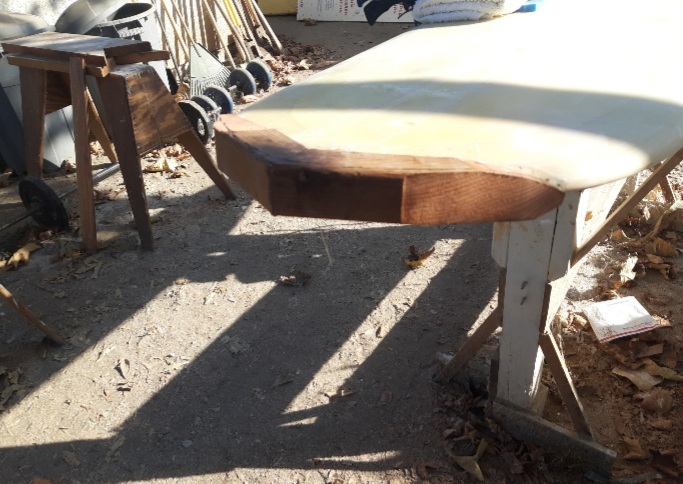 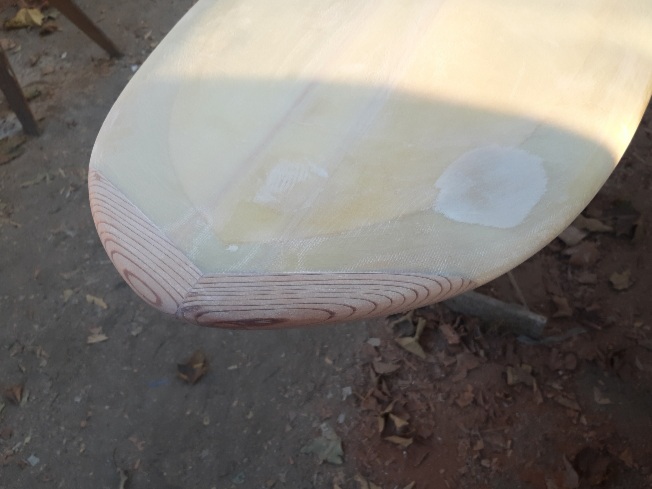 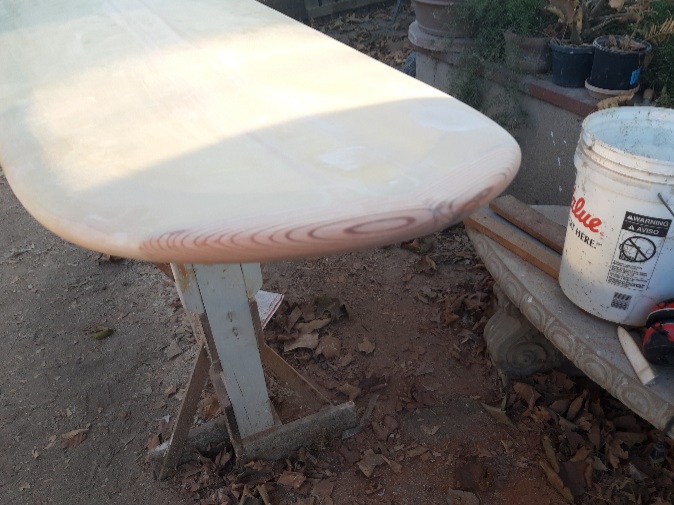 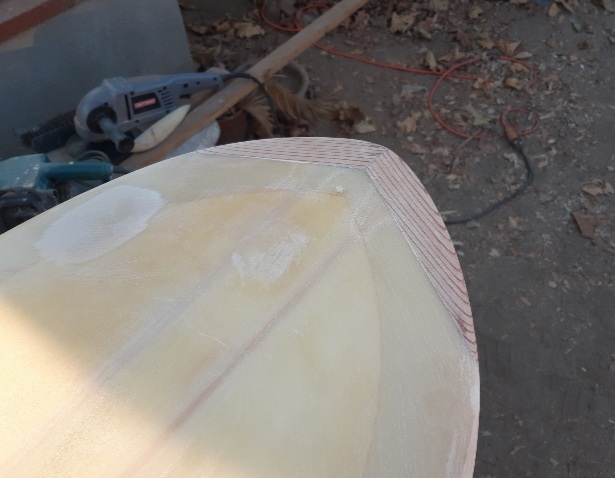 Going back to the lessons of Gene Cooper's master craftsman board - this is a reinforced fill coat.

Most of this will be sanded off. But it works as a filler for all the countless little dings, dents, dimples, divots, cracks & spiiderwebs. I commonly do this when an old board comes up for remedial work. 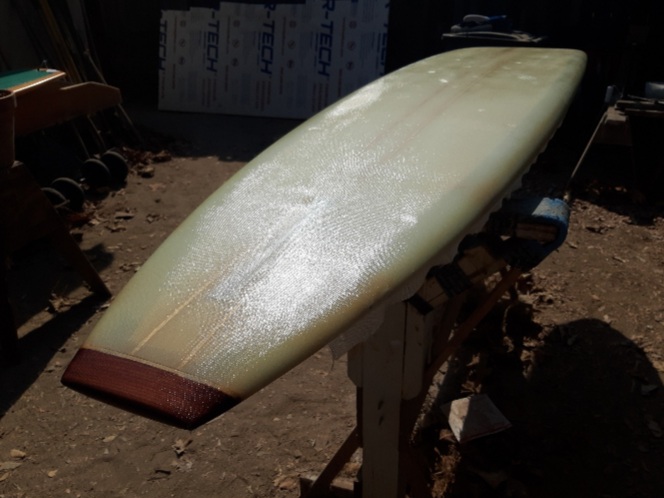 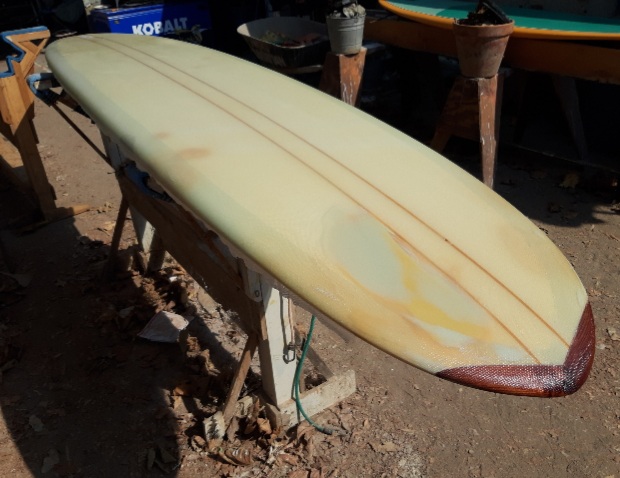 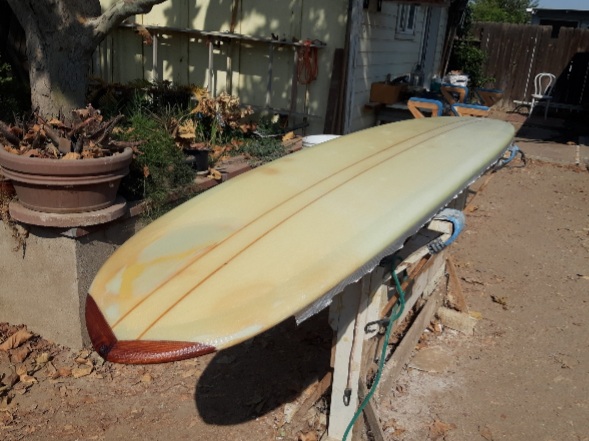 I'll also cut some silver dollar sized circles and glass them over the remaining dimples then sand until everything fairs in again with a sanding block. I hit weave like crazy when i do this, but it all disappears with the final very thin coat.

What tool and grit are you using to sand the hot coat?