I have a board that says Boardworks TEC (Thermal Epoxy Compression). It has some kind of solid veneer that covers the whole board and does not look like it was applied by hand.

What's the deal with this stuff and how do you fix it? (and what do you call it - a "gel coat" or a "veneer" or something?)

I don't have any fancy equipment and would of course like to keep costs down. Can I use acrylic enamel?

Some repairs were done in the past by someone but they don't look nice and I would like to blend them in better.

(the first picture is just to show the material's logo. that side of the board is covered by wax. the second picture shows the type of thing I want to cosmetically fix) 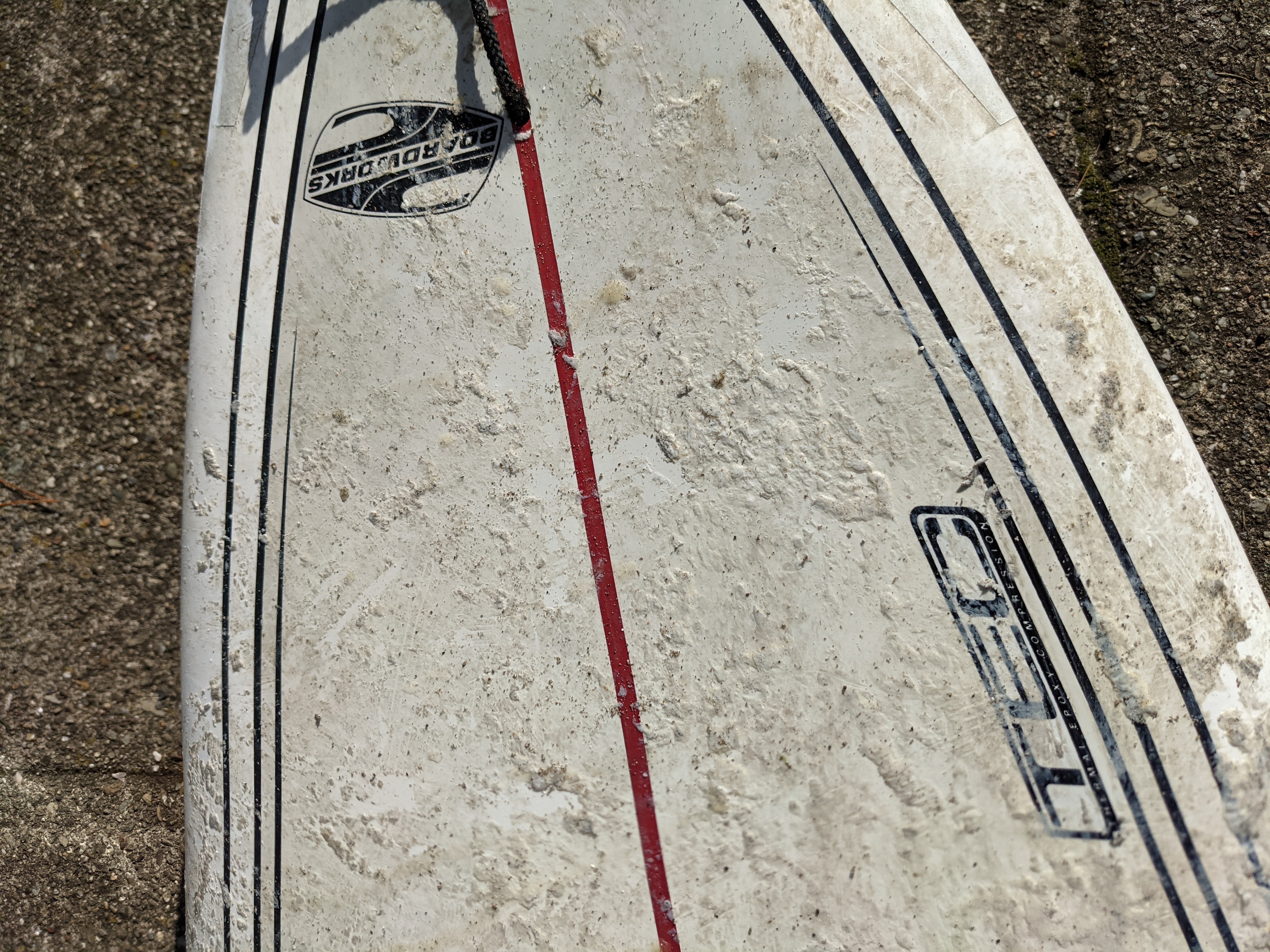 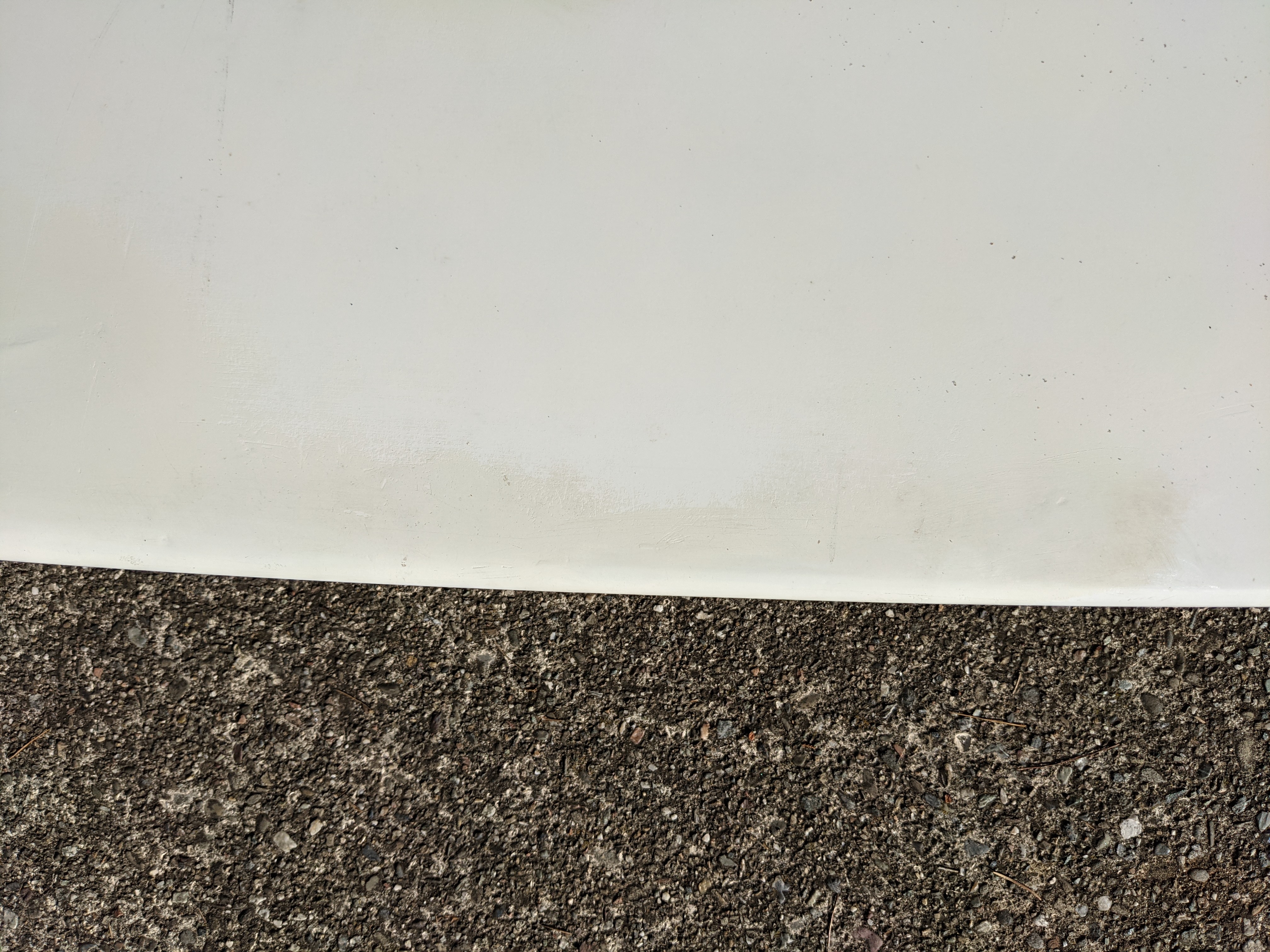 Unless it's leaking you might as well leave it as it is.    Those boards aren't built like a conventional surfboard.   The exterior finish you see is  basically similar to an automotive paint job.

Like gdaddy said, you're not likely to improve on what's there already by much and unless it's leaking, leave it be.

You could try for a better white paint color match (somebody might have used appliance paint, I dunno) , but why? It's a cheaply mass produced production board, nothing special. Thousands more out there like it. Kinda like a bog-standard Hyundai car. You drive them until they die or break beyond being worth fixing.

And as the saying goes- You can polish and polish but ....

Save your money and your time towards your next board, whatever it is. Surf this one to death.

hope that's of  use

If you like the board why not hot Rod it.  Clean it up, patch the dings and paint it the color, and design of your choice.

I used to use cheap rattle cans from Home Depot on Boardworks all the time.  There is enough variety in their off whites to find a close match,  Sand the area with 220 and then touch up with a rattle can that is a closer match.  Then clear coat with clear acrylic( also a HD Spray can).  Wet and dry and it should be good.

I am suprised everyone keeps telling me this board is cheap. It retails everywhere for $1200...

But more importantly I am more wondering why in God's name they make a board you cannot easily repair like a traditional one and if I had known that I wouldn't have gotten it. Stewart wasn't able to give a solution and Boardworks wouldn't even write back (seems they don't support their own products).

I have already ridden the heck out of it in everything from 2'-12' and would like to sell it but make it look better first so I don't get lowballed.

I will experiment with some auto paint. Any advice on how to sand it? I'm concerned I won't be able to make it look smooth where it transitions to the factory veneer.

Ah- y'see, there's 'suggested retail' and what they go for at end-of-year, when whoever has 'em wants to generate some cash for next year's merchandise. 'Sporting goods' stores and department stores love 'em, the markup is considerable, and they often discount the hell out of them.. On the other side of the coin, most hand made surfboards, well, the actual surf shop shop makes chump change on them, the profit is in wetsuits and t-shirts and so forth. Really, I used to make more on a dozen t-shirts than I made on a new board.

Why do they sell something that's a pain to repair? So you chuck it and buy another one. Look, the mainstream surf biz and mainstream surfboard merchandising have always  been about conning the suckers. That's how it works. Once you get to the point where you're not a sucker any more, well,  it changes. You're getting there.

Sanding. Sandpaper and your wee paddy paw hands. Grits from 200 (to rough it up a little for paint adhesion)  up, ever larger areas. Eventually polish, if you want to go nuts. Transitioning- awright, nothing is perfect, including quality control at Jungle Edge Laminates somewhere on the Pacific Rim where this was built in the first place .  Remember, 'perfection is the mortal enemy of good enough'.

Look, selling it - you will get lowballed, it is what it is. How much you wanna pay for a used high mileage Hyundai sedan? On the other hand-

Once opon a time, I bought a really good custom fishing rod, set up exactly as I wanted it. Lovely thing, 30+ years on I still have it. When I got it, I was going to move the Penn spinning reel I had on my old previous off-the-department-store-shelf rod to the new on. But....my buddy, who built the rod for me, he had some words of wisdom.

He said "Look, Doc, think a bit. You go fishing and you take a friend who knows little or nothing. do you really want him or her thrashing around with your nice new rod? Get another reel (identical) for the new rod and keep the old one for guests".

Smart man. I did just that, which is part of the reason I still have that lovely rod 30 years on..

In the same way, keep this as your beater, for guests, teaching the new hot blonde, crowds, dinky wave grovelling. It's paid for. It's pretty rugged. And if it gets thumped, it gets thumped. It'll take you a little longer to get the money for that new board, okay, good, take that time to educate yourself more so the next board is genuinely better.

None of us use this type of construction.    Most of us do partial or complete handshapes and laminations with the color either being laid on the foam prior to glassing or mixed in with the laminating resin itself.     We don't paint the exteriors with housepaint.

If you want to repaint this one then you could tape off the rails and sand the entire bottom.  Then paint it a completely different color than white (thus avoiding the difficulty of matching shades).   Just like you would if you were painting a bike or a skateboard.

Keep in mind the new retail may be $1200, but these boards depreciate fast and are found used for cheap all over Craigslist.

FWIW: The factory in Thailand. 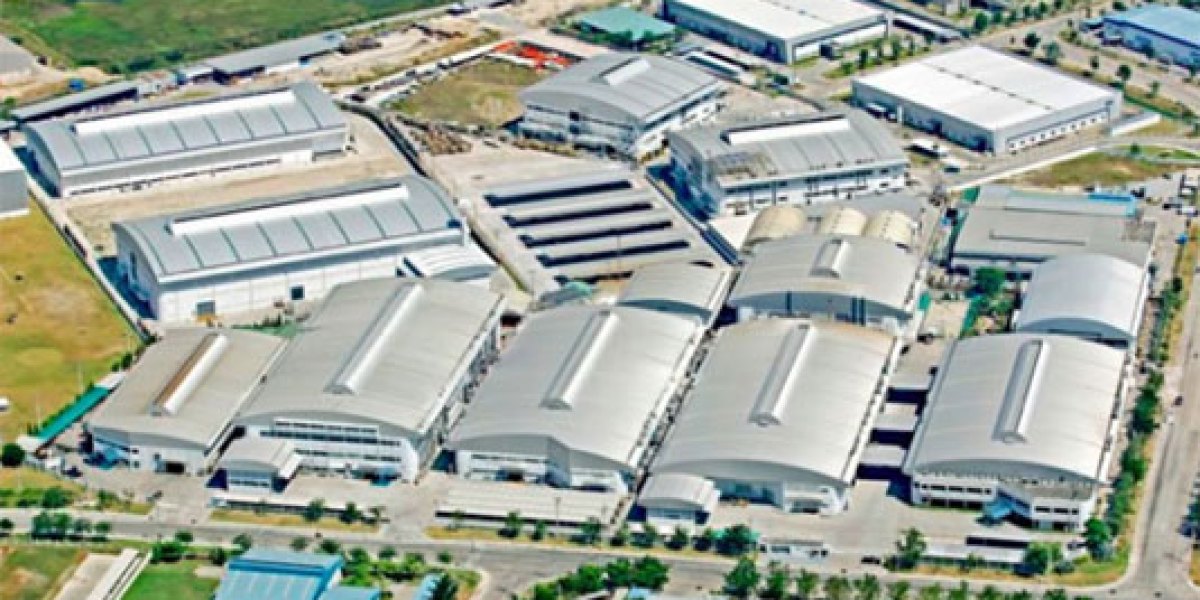 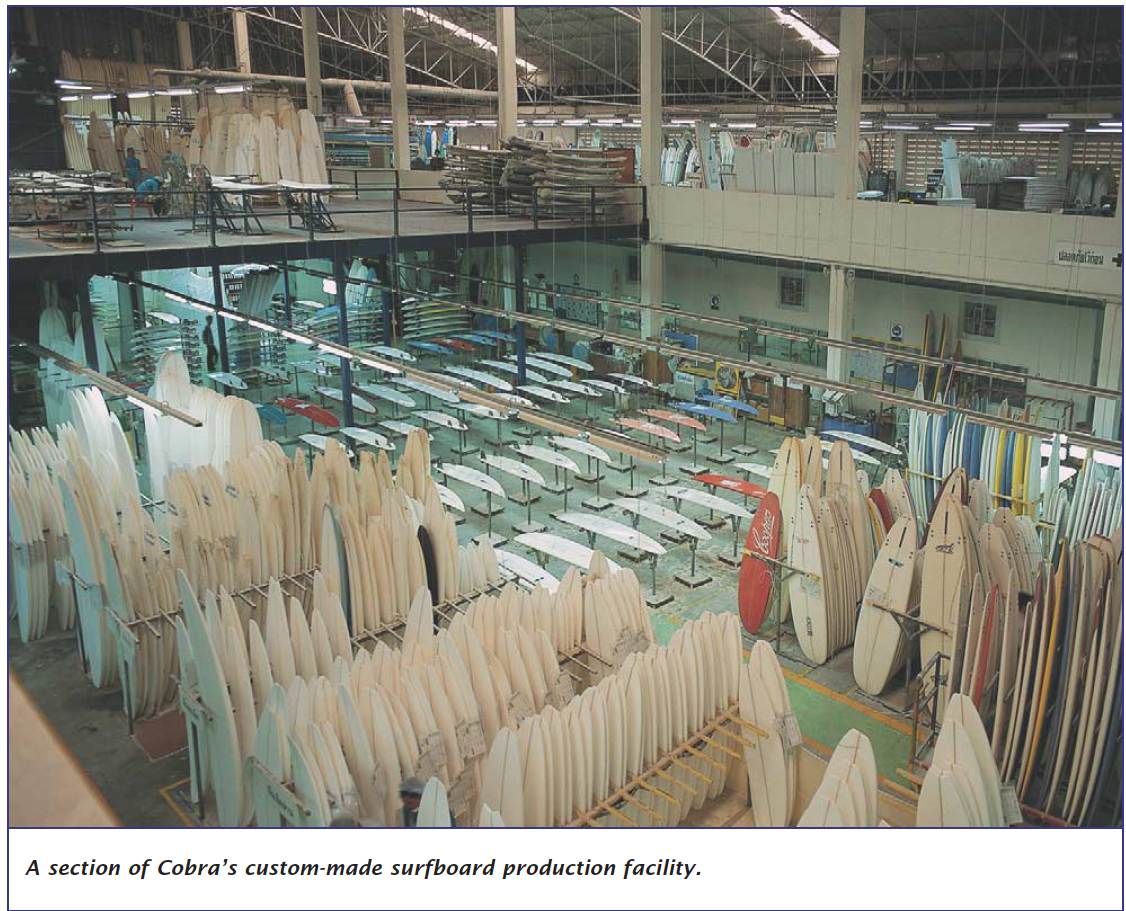 That is amazing huh?   Compare that to Lost or even CI.