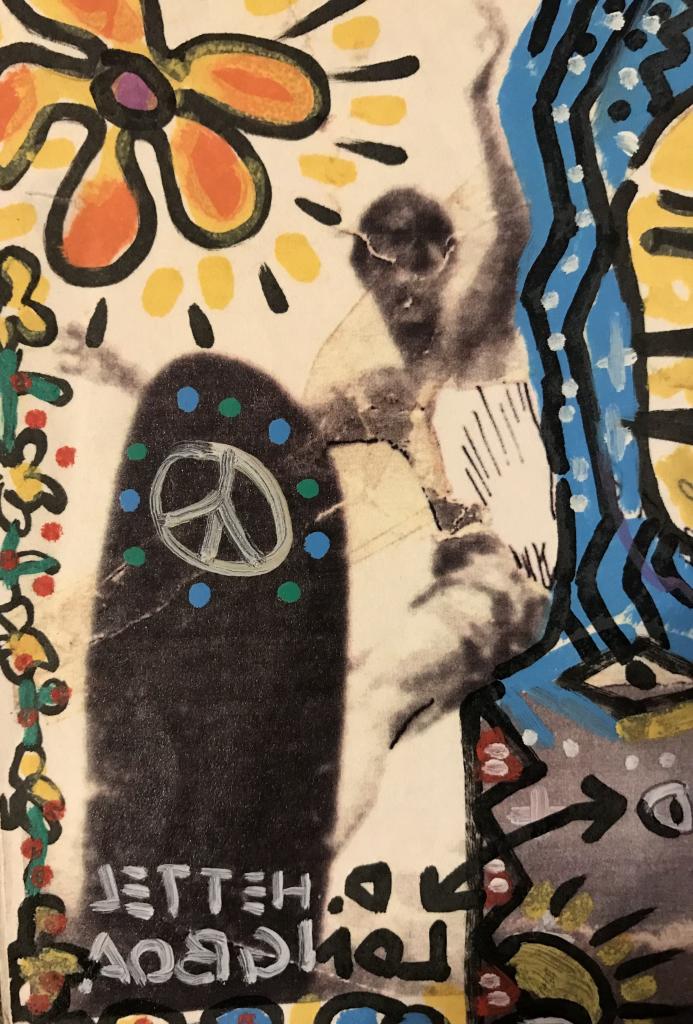 When I said "when" I meant: in this case. Not sure what "here" you were referring to where Greg hung. Don't think he was ever owner of NA tho -thanks but we need Weber info

Correction: When I said "here"

Greg Loehr use to hang here.  I believe that he owned Natural Art.  Perhaps he will chime in.

Greg shaped for NA in the late 70s. The founders were Pete Dooley, Scott Busbey, and George Easly. Pete and Deb Dooley still own the label.
like
0

You're on pretty good grounds that the tint was done as you say "on the hotcoat ".

No doubt about that. Would like just  to know the why and when for sure

I am saying you are most likely right in saying that it was done when the board was built.

Have you tried contacting Shea Weber?

Ohhkay, before I worked there, the shop I worked at for something like forty years sold a lot of Performers.. I was working at the gas station out front then, I saw them.The vast majority were clear, anything fancy was usually a snazzy stringer like this one has..

I say the vast majority, but there were others. Anybody remember racing stripes? Or those wide diagonal color things. I remember one 'team' board, a special for the owner, that was orange bottom and rails and something on the deck, might have been orange all over except some stripes nose to tail that were either clear or white. Friggin' board weighed a ton.

Now, the color on those was generally opaque pigment color, on top of the lamination and on top of the hotcoat.No other way to do some of that. Mask 'em off and have at it. You could feel the edges running your fngertips across them. Good for production, I imagine, if it wound up sanded a little thin it wouldn't show, unlike a tint. That was how they did color, not in the lamination, not in the hotcoat. And opaque. For production reasons, like I said. Weber was smart, you made money by getting boards out the door. They had the first relatively simple shaping machines, so Harold Iggy just did the final work.

Now, I don't recall seeing a Performer come through tinted,or color in the lamination.  But that was fifty five years ago and in all honesty I'm not completely sure I remember what I had for lunch yesterday.  The later Stratos, Feathers, Skis, sure, the Stratos especially, I think the Weber glassers had discovered LSD, some of those were just weird. Though again, most of the later production Weber Skis we got came through clear, maybe a fancy colored foam stringer.

G&S and others, I think they got into colored laminations earlier than Weber did. I have a G&S kneeboard, early1970s,green moslly opaque bottom and rails in the lamination as I found out fixing it.

Okay, that's real neat, doc, what about this one? Why a tint surface coat like that? A few possibiities:

First, somebody ordered it that way from Currently Unknown Surf Shop in New York or wherever. Entirely possible. When it came to color, you could order anything you wanted, the custom order form was cool like that, almost like a coloring book. You pretty much got the standard shape, but color you could play with.It cost extra, of course.On top of a standard clear board.

Second possibility - somebody ordered it something like that from Weber, at their shop, and then something happened. They got drafted, they didn't like it, they got married and moved inland where they were subsequently eaten by bears, whatever. So Weber had this board they needed to unload.....

Third possibility - it was an experiment, or a mistake, and Weber had this board.....

Now, you need to understand something about California board makers back then whose boards were carried by East Coast dealers. We were, as they say on the farm, sucking hind tit. We ordered boards and they sent us what they sent us.  The order would be one thing and what we got something else. But we took them and sold them. We were small fish and they were big ones.

A West Coast shop probably wouldn't have put up with it, but they sold a lot more boards and they sold them all year. Our season was more like a hundred days with lead time and shipping around half that. We needed something to sell. And we sure as hell were not gonna send anything back.It would cost more to air freight one board back than the thing cost us in the first place. And we were all shoestring operations competing with each other. We did what we had to do.

Anywho, that's my guess.The guy who really would have known went and died on me last year, much missed.

Ohhkay, before I worked there, the shop I worked at for something like forty years sold a lot of Performers..

Which touches on something I heard a while back. It is claimed that Weber sold more Performers on the east coast than he did anywhere else.
So, while EC dealers often got the 'seconds' or were made to accept whatever came off the truck due to the hassles of returning unwanted stock, I don't think actual sales volume was much of a factor. It think it was more of a proximity thing, and possibly a little west coast snobbery?
like
0

Which touches on something I heard a while back. It is claimed that Weber sold more Performers on the east coast than he did anywhere else.
So, while EC dealers often got the 'seconds' or were made to accept whatever came off the truck due to the hassles of returning unwanted stock, I don't think actual sales volume was much of a factor. It think it was more of a proximity thing, and possibly a little west coast snobbery?

I tend to agree,selling an East Coast built board around then was a literal hard sell. Few if any were really up to the quality , shapes were generally copies. It  took quite a while for shapers from here to get much respect, for instance Jim Phillips. It was certainly easier to just carry West Coast boards as the main line, maybe an East Coast make to encourage them, but not real deep.

Why Performers? Well, they were built for not-very-good waves, not very big, mushy. Summer surf. And the water here isn't all that warm by any means, even in summer, fall and spring and winter, when it does get good, well, the wetsuits of the day were just not up to it. You bought a board for what you surfed.

If I remember right, the Performer, and the G&S Hot Curls and Farrelly's and  the Con Uglys were all popular and all pretty similar. Wide nosed, not really performance  longboards by today's standards. Even the later Slugs as built for that annoying little rodent, they were all about  stupid pet tricks in contests in small mush. . .

Can't say I miss it much