Designs That Were Never Fully Realized

Lately I've been spending a lot of time looking at Greenough's edge boards and they've got me thinking - what are some branches in the tree of surfboard design that you think were never fully fleshed out? What are some ideas you think never got the time they deserve?

For me, it might be Wayne Lynch's Evolution - the piggy, wide point back midlength is something that I haven't seen much of today (save for maybe Lovelace's v.Bowls), and it seems like it would be just the thing for all the hipsters back home in San Diego. Maybe they're more common than I think, though, and I'm just unobservant ¯\_(ツ)_/¯

I suspect the bonzer was never fully developed.

Star fins are another idea, I still have one tucked away.

The double nose "Gemini" shortboards (think swallowtail, in front) that I've only ever seen two or three of.

Some stuff was probably not taken further because once you're talking about a minimalized "short" board, the very much reduced inertia makes a lot of other things irrelevant.

The double nose "Gemini" shortboards (think swallowtail, in front) that I've only ever seen two or three of.

Ryan Burch is still playing around with what he calls picklefork boards. 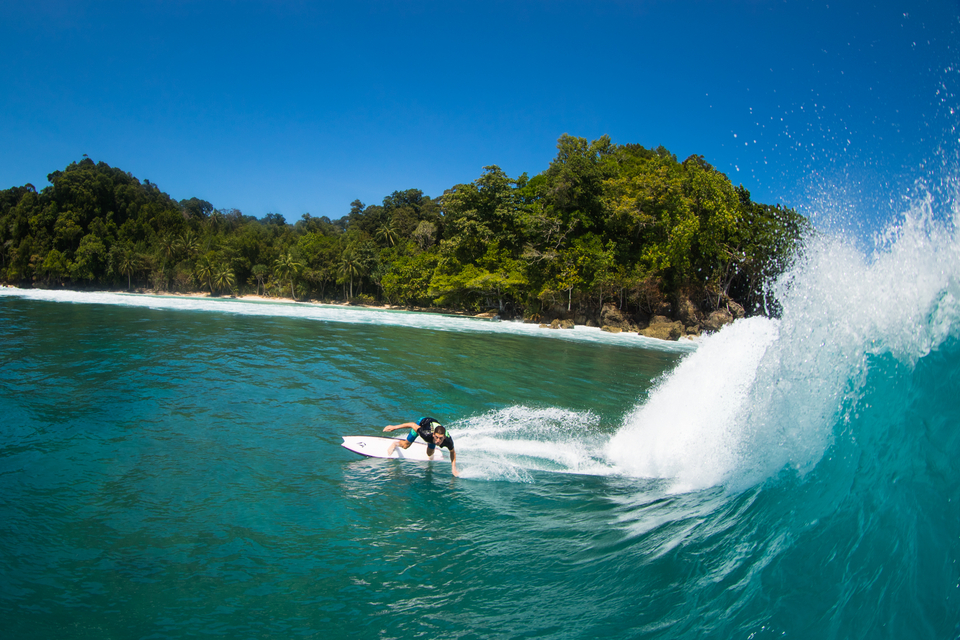 One aspect of the Gemini design is the straighter rail line through the middle and front, the other being the big concave through the middle.  I don't see how the double points in the nose added anything beyond what a chopped nose would have done.  Except to make it harder on the glassers and sanders.

The Fat Penguin was a design (AUS, of course) that never got the respect it deserved. 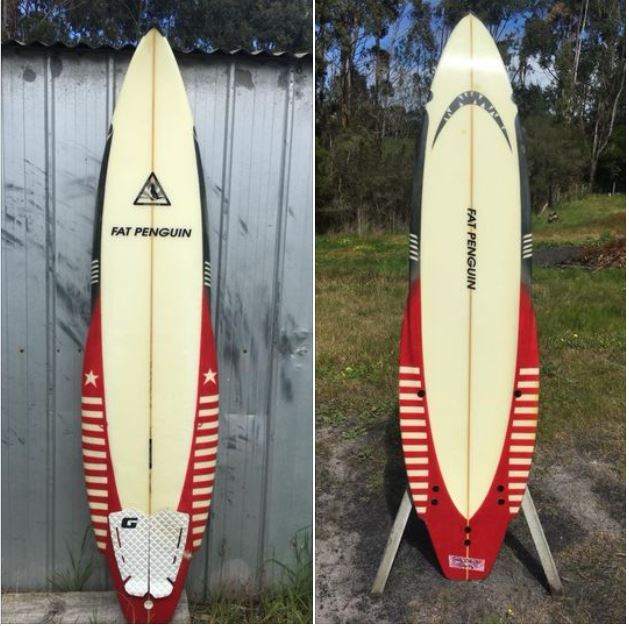 Velzy and Gordie both had similar style boards. 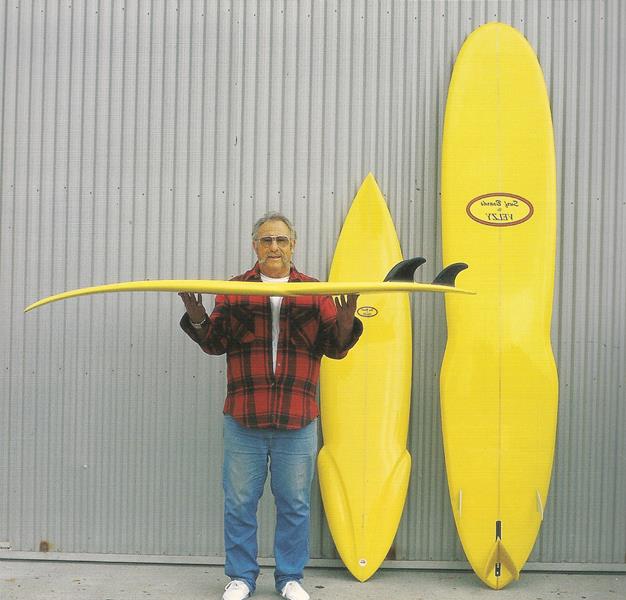 And don't forget the Meyerhoffer designs with the penis tail.  (NOT designed in Australia because they actually have some self respect).    If it's good enough to sell at Target like his designer clocks and soap dishes then it's good enough to dominate the main break at Silicon Beach. 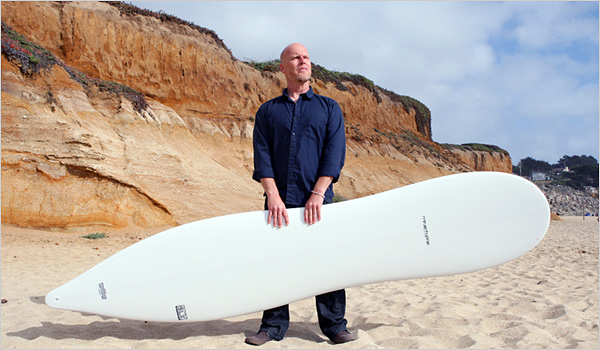 I'm sure that there are a few "swizzles" out there but I have never seen one.

I had to google "Greenough's edge designs" b/c 1, he's about my age if still alive (haven't heard of him for a while, have we?), 2. he was frequently featured in surf media for a while, though I never worshipped him, 3. I kneeboarded for several years, back in the day.  Later I realized that kneeboarding was for a time a big fish in a small pond, and the rest of surfing caught up and passed, the experiences offerred by kneeboards.

Back to edge designs:  I've never believed that one could put this design feature for that purpose, plus another design feature for another purpose, and get a board that served both purposes.  THIS I BELIEVE: you ride the sum total of the board, not parts of it, here and there, as you momentarily think you want to.  I won't deny that a little of this, a little of that MAY result in a board that is perceived to ride "better" than the last one; I hope we all get better at riding waves.  But note that I'm saying WE (in the large sense) get better, that's the sum of person, board, waves that day, mood that day:  ALL THAT.

Y'know, surfing is pumped so full of the most egregious twaddle by those standing to make a buck, enhance their ego, return stockholder profits, further the financial interests of sponsored persons, and so on.  It could be part of the intent, the mission of this site to part the curtains of such BS and enhance our ability to see what actually improves the experience of riding these natural energy manifestations.  The site does that in some small measure, but there's no filter for BS, nor enough people calling it out when it's served up by the shovel full.  Some of our holy surfing forbears and their "secret sauce" need to get properly skewered by such a reveal.

I don't for a minute doubt that swizzles, Fat Penguins, pickle forks, bonzers, star fins and all that will "work" for some, on some days and conditions, but there are too many physical variables and mental quirks, waves, and personalities for them to serve the masses.  Nor should they be thought of as such.

more ahead of it's time than ignored, Parmenter's Stub Vector.