Glenn_B
Joined: 10/29/2009
Prompted by "The List" thread from a week or so ago: Purchased my second new surfboard in 1971 at the age of 16. Newfangled hollow honeycomb Hansen Stratoglass. 5'8" twin fin; Hard, down rails; Thick; Burnt orange; Black stripe along rails. I no longer remember what possessed me to buy a hollow surfboard in 1971; must have been the recommendation of the surfshop owner whose opinion I respected. Very fond memories of that board. It took my surfing to an entirely new level. Recollections of lot's of speed on east coast waves - from tiny to slightly overhead; Picked up waves well, whether paddling-in or spinning around and standing it on end for no-paddle take-offs. Unfortunately, I probably rode the board for less than six months before jumping on the bandwagon and reluctantly turning it in for a refund (actually a replacement board from the same shop) after my rails developed the same spider-web cracks that were claimed by others to be a serious delamination issue. I suspect Hansen lost a significant amount of money on the Stratoglas concept. Really hated to part with the board and ask Hansen for a refund, but didn't have the resources to take the chance that the spider-web cracks would not ultimately prove to be a structural problem. Kudos to Hansen (and perhaps the surfshop) for standing behind the product. I'd love to see a photo of this board now to see how accurately I remember the shape. My impression was that Hansen made only one shape using the Stratoglas technology. Seems to me there may have been a 5'6" and 5'10" available in addition to the 5'8" I purchased. Maybe more sizes as well? In my mind's eye, I remember something not too unlike a triangle. Square tail as wide as midpoint, with pointy nose. No recollection of any foil or rocker in the thick tail. I assume there was a small amount of nose rocker, but cannot visualize it. Saw the photo of the cross section of the Stratoglas shape on the other thread, but would love to see some photos or drawings of the plan shape. Also, am wondering how this shape would ride/feel today, in comparison to the sensation from long ago. Any input would be appreciated. Just don't burst my bubble and tell me that my 'magic' board was actually a dog!

Yes. I posted three images of the Stratoglas series, including the twin fin.

These are pics of a Stratoglas I picked up a couple years ago. I think this is the same model you had. I traded it away without ever riding it, so I can't tell you how it rode. But I made myself a very similar board back in '70 or '71... Very wide and thick, with high aspect fins mounted on the corners of the tail. That board rode OK on very small waves but spun out on anything over chest high. And if there was any chop on the surface, it came totally unstuck. I glassed it an opaque brown and between the color and the way it rode, the board got christened the Sea Turd. 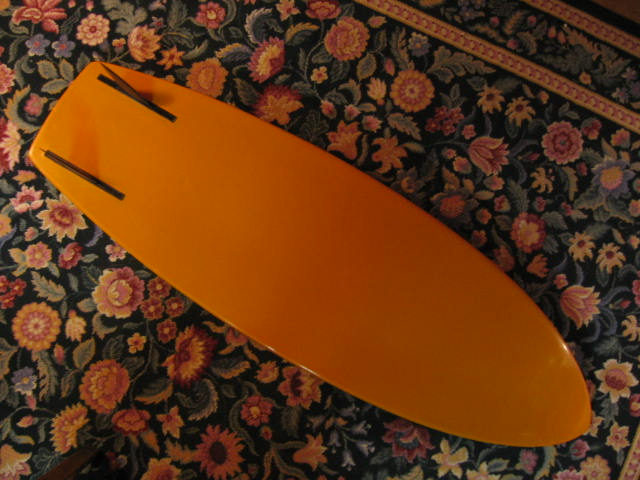 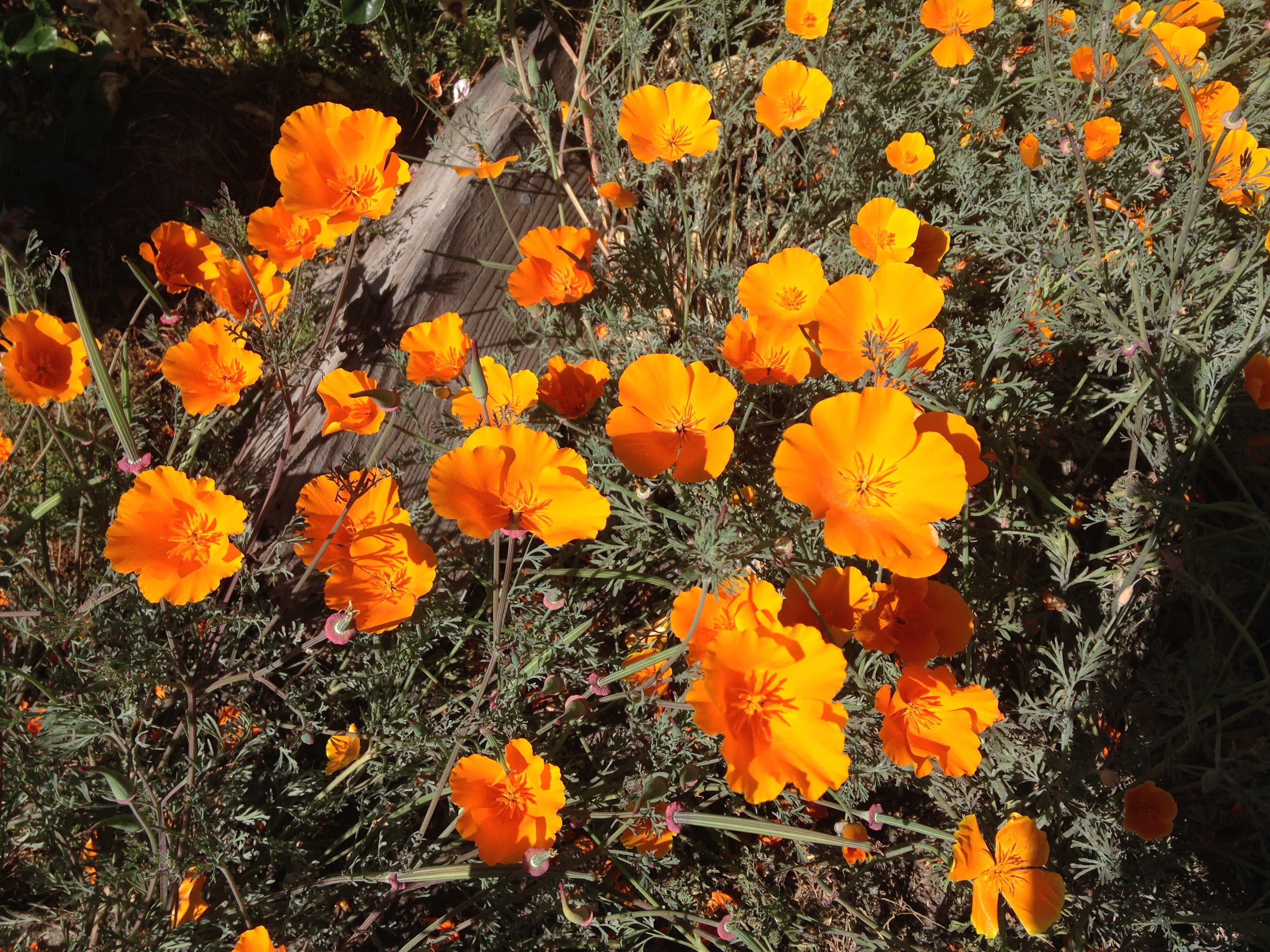 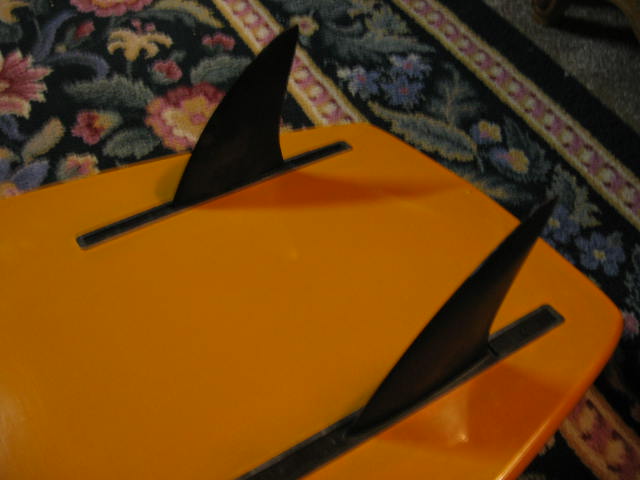 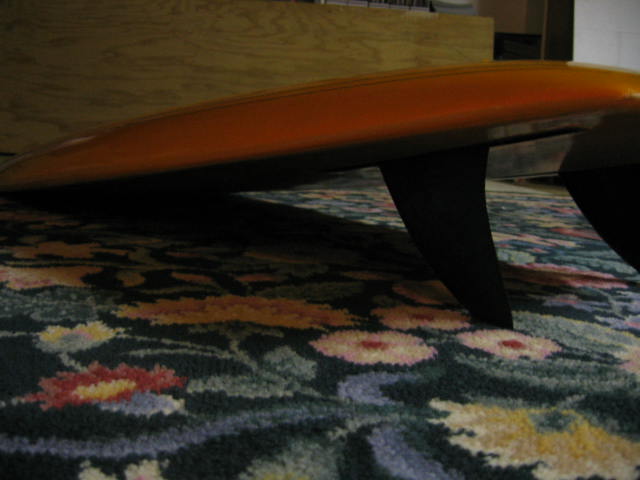 I think that design when shaped correctly definitely had some merit to it.  When those twins first came out, I pretty muched dissed them as rubbish, even though I never rode one.  I was into sleeker diamond tails and roundpins.  About 3-4 yrs later after having owned and liked a Lis type fish,  I took one of those early twins out and was totally overwhelmed at how much fun that board (a 5'8") was.  A total mind machine in  small waves,  Think about what you want to do and it did it.  Always kept an open mind after that.

Just for the sake of accuracy....The Stratoglas used foam sandwich construction. Not honeycomb.

Just for the sake of accuracy....The Stratoglas used foam sandwich construction. Not honeycomb.

By the way, I recall the board having a distinctive smell; not at all unpleasant, just different.  Maybe the foam sandwich?  Maybe the resin (epoxy?)  Maybe the air inside?  Maybe just me.