The waves were 5 feet the day I timed the swells.

Regarding the peel angle.

If a line was drawn between the take off point at Snapper and the groyne at Kirra, the angle between it and a swell line would be 40 degrees.

But the waves do not peel exactly along this imaginary line, the first part of the wave peels faster at say an angle of 35 degrees then as the wave comes into Rainbow Bay the peel angle changes to about 45 degrees, then the peel angle decreases and the wave gets faster as the swell travels into Greenmount and across to Kirra groyne.

I remember seeing a photo of one of the days when the wave was peeling all the way, in the photo I counted 17 right handers, this photo was taken from the hill at Kirra.

17 right handers means 16 gaps between the lines of swell.

I checked my surf diary and on the day the photo was taken the Tweed wave rider bouy was recording an average wave period of 7 1/2 seconds.

7 1/2 seconds times 16 gaps equals 120 seconds equals 2 minutes, which is the time it takes a swell line to travel from Snapper to Kirra. 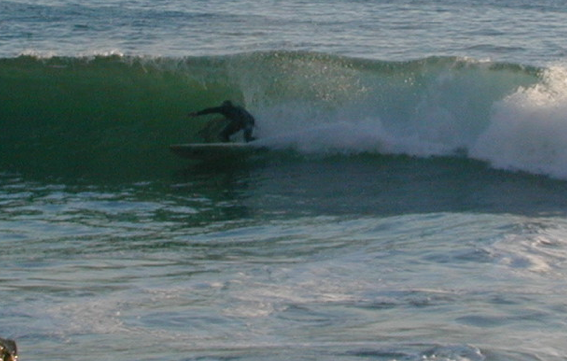 A quick question - are we talking speed over water? or Geographic?

I ask because a sailboat registering 4kts boat speed with its onboard knotmeter can simultaneously read 8kts on its GPS due to current, swell, etc. Since the surf zone is a far more dynamic environment as far as current, swell and craft direction; the variance could be much greater.

My referance is to speed over the water ONLY. 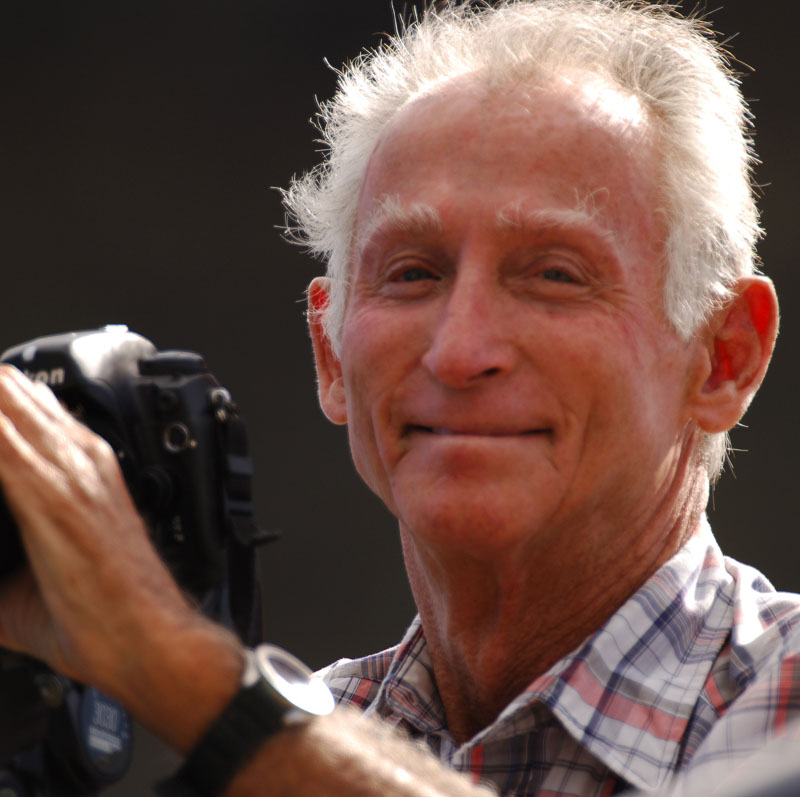 If you want to see a REALLY fast wave, take a look at Maalaea's "Freightrains" on a good day. Maui, "The Valley Isle" funnels the tradewinds down the middle of the island, between two big mountains (Haleakala, on one side, is 2 miles high),  so don't expect very many glassy days there. But, those amplified tradewinds blow directly into the face of the waves...making for some pretty thrilling rides!

Take a look at these two videos:

And, while you're there, you might also want to watch "Maalaea 05 By Buzzy Kerbox".

Howzit Larry,Glad to see somebody knows how to spell the name. Wish we could find that footage of Owl from the 70's where the wave catchs up to him and just chews him up . Aloha,Kokua

This is my 2nd attempt to post a reply to the comment by "Kokua" (posted October 5, 2010). When I finished composing my detailed reply, I clicked on "Preview comment", then ALL my text input just disappeared into cyberspace somewhere!!

This will be much shorter...

I was living on the North Shore that winter, sharing a house near Pupukea with Midget Farrelly and his wife and baby  daughter. Remember Owl getting an insane tube ride at Sunset. That may be the ride that "Kokua" was referring to.

Howzit Larry, No the video was at Malaala on Maui and I remember Sammy  Hawk  telling me they were going over there for that swell.There is a copy of the video out there in cyberland and I have seen it in the last few years but I can't remember where. Lets face it,Malaalaea has been called the fastest wave in the world and if you ahve ever seenit at it's best you would agree.Wish I could remember which movie it was in.Aloha,Kokua 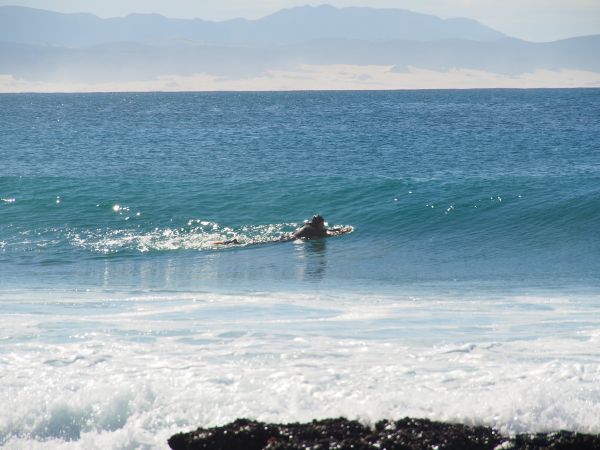 I'll let Larry know about your post as he doesn't check Sways frequently - the last thing he e-maied me was 'If I write anything else for Swaylocks, it will be how to use my "Line-of-Sight Method" of measuring actual wave heights...without getting wet!'.

I was keener to hear his thoughts on what makes a board go fast which he has discussed with me in parts. I have spoken to a local shaper about having one of his designs replicated and Larry has been generous in answering a pile of my questions -speaking of which I'd also like to ask you about Bob Shepherd but will put this into a pm.

I'll try to post this myself, rather than asking Bob Green to do it for me. He deserves a break...

The last couple days I've been evaluating the effect of using different values for the ratio of the Breaker Depth versus the Breaking Wave Height, given the same Wave Height of 25 feet.

This ratio is known as the "Breaker Depth Index, which I'll call "BDI".

The deeper the water where the waves break, the faster the Wave Speed will be in the surf zone. Bigger waves break in deeper water, so they are moving faster.

In the open ocean, where the waves are in water that's deeper than about half of their deepwater wavelength, the Wave Propagation Speed is proportional to the Wavelength and the Period. The Wave Speed in knots, Ckts = Tseconds / 0.33.

But, in 'Transitional Depth water' that is less than about half of the open-ocean wavelength, the swell starts 'feeling the bottom', and begins slowing down. This is where the first refraction of the swell begins to take place. A 20-second swell has a deep-water wavelength over 2000 ft long, so it first starts slowing in water that's still over 1000 feet deep. At that depth, it's still moving at freeway speeds.

When the swell gets into water that's only about 1/20th of the original open-ocean wavelength, it's considered to be in 'Shallow Water'. In such shallow water, which could be about 100 feet deep for that long 20-second swell that's approaching, the wave speed is becoming mostly independent of the period, only affected now by the Depth of the water.

In 'Shallow Water', Wave Speed, Vwave = SQRT(g times d), where g=acceleration of gravity at that Latitude, and d is the water depth. But d = BDI times Hb, so, if I use feet, d,ft = BDI x Hb,ft.

I discovered that as the 25-foot wave got faster in the deeper water, the Maximum Makeable Ride Angle got smaller (and the Peel Angle A got larger). Remember, A = (90-B) degrees, as it's measured away from the crest of the wave.

But, here's what's REALLY interesting: As I tried various values of BDI, the Curl Speed, i.e., "Vcurl", the speed of the surfer ACROSS THE WATER, remained the SAME! That's the speed you would measure using a boat speedometer, NOT the GPS speed, which is given in the formulas as "Vsurfer". Remember, Vsurfer is the speed relative to the BOTTOM, (or the Earth).

It seems that ONLY the Breaking Wave Height has any effect on how fast you can go!

That makes perfect sense, since it's the Height of the wave that gave you all that Energy to play with. You obtained all that Energy Budget at the Drop-In! How fast you CAN go is dependent ONLY on the Energy you have available to you!