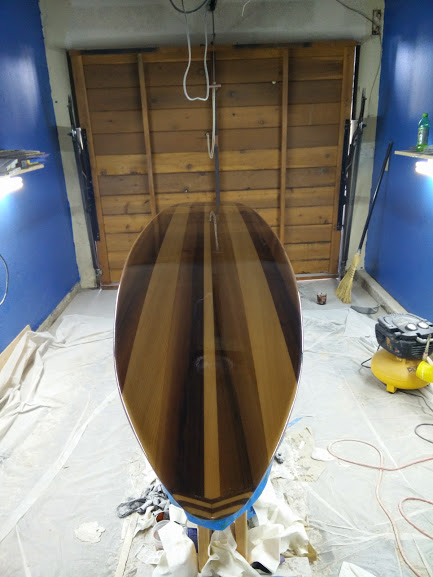 So which one are you not?

A moron or an idiot?

I am not a fan of Romney but Obama has been a disaster.  The guy makes Carter look good.  He's got to go.

Not my great great grandfather in Mexico.  Mit Romney's great great grandfather.  My  great great grandfather stowed away on a ship from Scottland to get to this country. Apache's are tough fighters for sure.  A few still raiding 40 years after Geronimo surrendered for the last time. Stealing boy children, Mexican or Anglo, trying to build up their dwindling warriors.  Up into the Great Depression era.  I just tossed this out there because neither really have anything to do with board building.  Your boards kick ass by the way.  I enjoy your post,too.  mike

Romney and Obama tied in polls of LIKELY VOTERS.

However Obama has a commanding lead among DECEASED VOTERS!

Romney and Obama tied in polls of LIKELY VOTERS.

However Obama has a commanding lead among DECEASED VOTERS!

That was funny, Bill.  I guess it's a tradition among Chicago politicians.  Read it quick before it gets edited and moved to error and bugs or swayshop where the other good threads are located. Mike

YEAH, BUT IT FEELS SO GOOD WHEN WE STOP !

I will be voting for Alfred E. Newman TUESDAY will be crunch time for the voters of America and the thoughts of many Gillard government supporters will be with them.

Incumbent President Barack Obama has failed to deliver on his 2008 promises, just as Prime Minister Julia Gillard has failed her 2010 promises.

In both the US and Australia, largely Left-leaning media organisations have played down the failures of leadership and attempted to drive attacks on the personalities of their challengers.

In the US, the Obama campaign has tried to discredit successful businessman and politician Mitt Romney with bitter attacks on his religion and his standing with women.

Ditto in Australia, where Labor has mounted an unprecedented and baseless campaign alleging that Opposition leader Tony Abbott is a misogynist and hinting darkly that his Catholicism affects his judgment.

Both Romney and Abbott have been pilloried for speaking the truth.

Last month, Obama voters made much of a frank response Romney gave to a supporter at a private gathering.

He had been asked how the election was shaping and replied: “Well, there are 47 per cent of the people who will vote for the president no matter what.

“So our message of low taxes doesn’t connect. He’ll be out there talking about tax cuts for the rich.

“I mean, that’s what they sell every four years. And so my job is not to worry about those people.

“I’ll never convince them they should take personal responsibility and care for their lives.

“What I have to do is convince the 5 to 10 per cent in the centre, that are independents, that are thoughtful, that look at voting one way or the other depending upon, in some cases, emotion, whether they like the guy or not, what he looks like.”

There were predictable media claims Romney was being disrespectful of low-income workers but the underlying truth about the spread of the entitlement mentality in the US was unchallenged. Yet Romney had the gumption to stand by his comments, though he admitted they were “not elegantly stated”. His campaign, he said, was “about helping people take more responsibility and becoming employed again, particularly those who don’t have work”.

Many Americans and Australians would see nothing wrong with his approach. As one chatroom commentator noted: “Did I miss something? Since when is what Romney said surprising? Isn’t this what we hear on discussion boards and forums, day in and day out from the Right? ‘You’re on welfare. You want a free handout. I work for a living, you don’t. You’re lazy. Get a job’.

“Who the hell thinks this is something new? The only thing new about it is hearing it being said in such stark terms from a presidential candidate in this day and age.”

Obama promised to lift poor Americans out of the welfare trap but there are now more people on food stamps than ever before.

Gillard’s record is just as bad, with more people on benefits and more long-term unemployed.

Obama inherited what he thought was a poorly-performing economy with annual deficits of around $US400 billion. Today they run at more than a trillion. Gillard inherited Treasurer Wayne Swan from her predecessor Kevin Rudd. As Treasurer, Swan has managed to convert a $70 billion surplus into a gross debt of more than $250 billion.

Obama’s monument to wealth redistribution is his Obamacare package that would centralise greater control of the American population in Washington. Gillard’s monument is the carbon tax that affects every Australian, not just the 500 “biggest polluters” she claimed when she introduced it. Both have been responsible for introducing green energy policies that have cost jobs and hobbled their economies.

Neither Obama nor Gillard understand how economies work or how wealth is created. Both think their respective federal governments are the solution, their opponents think they are part of the problem.

Neither leader has shown either a great interest in, or an understanding of, foreign policy.

On Obama’s watch, Osama bin Laden was killed by US troops but Obama tried to take credit for the operation. Gillard’s foreign forays from East Timor to Malaysia and Indonesia have been embarrassing.

Obama is running on promises of change, just as he did four years ago. His years in office offer little to recommend him.

Romney had an enviable career in private business and a laudable record as governor of Massachusetts. He can point to achievements.

We need an America with a strong leader, Obama is not that person.