how about a new section of swaylocks 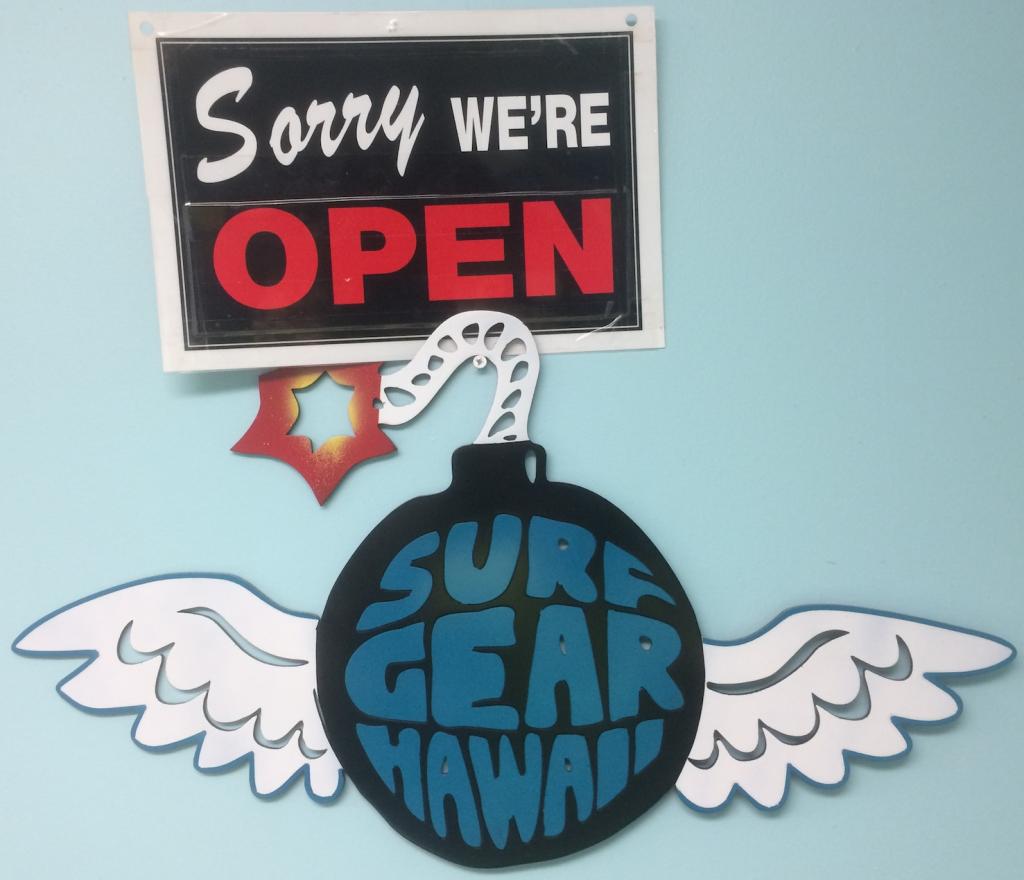 bb30
Last seen: 6 days 1 hour ago
Joined: 05/08/2011
I would compare this to a hawaii wave beacause it is very blue clean water and very predictable with the frequent hurricanes that power it. Never very crowded and if you can go with a group of people and take turns manning the 50 caliber machine gun for the drug dealers coming across the border you are set. Towards houston you can score the tanker waves for a once in a lifetime experience. Bob hall peir is a warm warter Imperial Beach equivelant. Then you can drive on the beach which is awesome to find your secluded spot on south padre island. Packed sand so you would have to try to get stuck. And except for april with the biting black flies in the secluded sections, when surf isn't up but the wind is you can kite and wind surf until you can't move. The jumbo shrimp that are really, really good are most likely caught in the gulf of mexico. The salt water and fresh water red fish grills up nice on a wood fire pit. You can not find another experience like this in America. Only mexico pacific side would be better but corrupt officials, outlaws or a burst appendix with no medical care in site keeps them coming back to tejas.

I used to post photos elsewhere of TX Gulf Coast waves at their finest.  They always seemed to get ignored for no good reason.  Better that nobody knows where they were/are anyway.  Best of all, warmwater surfing for several months a year especially at points south.

My main breaks were the Surfside pier (long since claimed by hurricanes) and the Freeport jetties (now rebuilt).  I roamed the TX Coast from Surfside to points far south.  One of my favorite breaks was at Fish Pass on Mustang Island just north of South Padre Island.  The pass filled in years ago.  Surfed Bob Hall at least once . Salt marsh mosquitos are what I hated most about South Padre when the wind died down.  Fresh bay flounder was my favorite.  I peddled fresh jumbo white shrimp from the bays for a short time in San Antonio.  What I liked most was the Tex-Mex food.

The nicest, most consistent break is at points farther south on the TX coast -- to remain un-named.  But drug runners are a concern now if you are down there for awhile.

Windsurfing was my freshwater alternative.

I did not bother checking the surf in June and July.

Were you in TX for a long while bb?

SB,I moved from Texas in 1990 to Hawaii. Lived there on and off for 7 years  military training prior to 1990. Sold my corpus christie lots next the bird island sancturary in 1997 and sold my house in san antonio in 2002.  When I saw the blue water of hawaii I pretty much knew my plans for corpus and the decade long red algae blooms were no match for here. Made wood veneered windsurfers on 1 lb eps in my garage in san antonio for almost 3 years.  Traveled to bird island and racked up 100k miles quick on my truck in a short time.  Great memories and probably will move back to san antonio/austin area and get land for a horse ranch in the next few years. Monster shop and a proper board building set up too.

Naming breaks in Texas is no big deal. Most people are too lazy to surf anywhere that doesn't have a parking lot and bathroom in front of it.

When your average monkey gets the pellet he doesn't care where the pellet came from, he just enjoys the pellet.

But some monkeys show interest in the pellet machine, the cage and the overall environment, and to them its the pellet and a whole lot more.

Both enjoy the same experience to the level they enjoy and each viewpoint is as valid as the other. 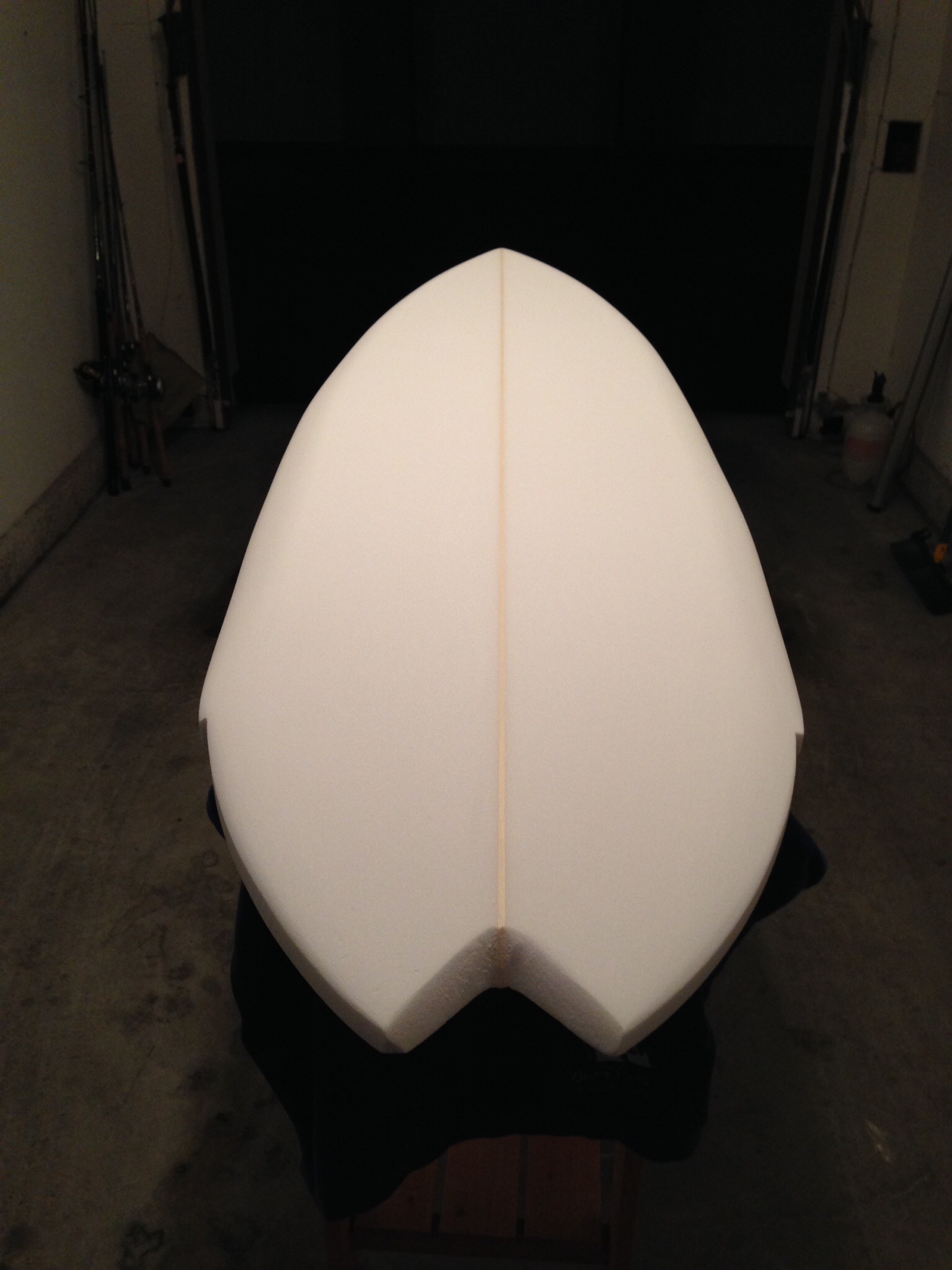 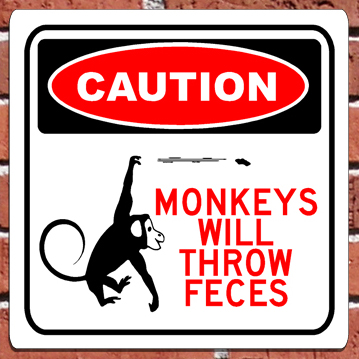 The other thing is, it is comical all the the crying that goes on that someone is being persecuted for telling us the world is curved, and we are all ignorant and say the world is flat. That is not the case at all.

There are several things going on at this site, if someone posts a board with all their dimensions, and says that board rocks for them, there is no arguing about that. It is subjective, the board works there is nothing for them to prove. They like that board and it works. period. Maybe a senior member can offer some design tweaks, but ultimately at that point in time their surfing development it is working great for them. ( assuming they are not full of it:) )

If you want to come on a public forum and claim that you are a braniac doing "science" and post equations. You better know what the hell you are talking about, and be prepared to provide a convincing argument, or data to backup your post. There are no need for personal attacks or long posts about how you are being persecuted for having original ideas or using physics. I go to my advisor every week to go over progress I make in my research, sometimes I blab some touchy feely stuff without proof and he calls me on it. That is science. He doesn't persecute me for original ideas, he just makes sure that whatever I claim I can back up.

Another thing about physics is that if you really know what you are talking about you should be able to explain the most complicated stuff to anyone in a limited amout of verbage, with out cut and pasting every newtonian physics equation. Years ago I worked on a large science experiment to detect gravitational radiation. At a dinner table or over a cup of coffee I could explain to anyone the idea behind the research and the physical motivation. To prove it, is another story...  Point being on this site I think more people would appreciate it the physics behind what is going on, if they didn't turn into long posts with blabbing about the spanish inquisition.

On a positive note they were some very informative stuff, M.Swell's force diagram, and some of KC's post really got me thinking.

Although, this is the internet, belay my last, and post whatevaz :)

Barry just saw your post, I went on and on to say exactly what you said in a couple of lines:)

I served my time in graduate school, receiving 2 degrees.  I passed my written and oral prelims with flying colors.  I received superlative comments from my graduate committee about the defense of my terminal degree.  I have had no problems publishing refereed science articles, combining replicated statistically valid data with theory.  I have been frequently asked to review grant proposals submitted to federal agencies -- I do not solicit reviews.

For a scientist, you are skilled at cherry-picking, generalization and distortion.

I have no intention of debating you about what you have posted.  I have better things to do than write rebuttals to student tirades.

EDIT:  Before this thread and statements directed at me; when, where and how did I personally attack you.  Please provide links.

I am not your average graduate student. I already have a graduate degree in mathematics, undergrad in physics and math. What  do you have? I have already worked in industry a bit.I worked in industry designing systems to use gps accurately, writing simulations to understand different limitations in particular scenarios, I have written papers on geolocation, quantum computing, etc... What have you done?

Also a side note, all questions in this post are rhetorical, no need to answer them.

I thought my answer to your PM, was enough. Stop being a tool and leave me the fuck alone. For a  60-something person, you sure need to grow up a bit.

Once again I am not going to go sift through a hundred threads on this site to show you anything. I came to this forum to learn more about surfing and building surfboards, not to listen to some dumb monkey go on about how people slighted him or make condescending remarks to a fair amount of people.

EDIT:  Before this thread and statements directed at me; when, where and how did I personally attack you.  Please provide links.

Forgot to delete the edit after you responded to my PM.

Great memories and probably will move back to san antonio/austin area and get land for a horse ranch in the next few years. Monster shop and a proper board building set up too.

Hopefully just outside of either in the flat, featureless Hill Country.  You must have some stashed cash to buy there.  I only wish.

If you ever move there, let me know.  I would love to see some of your work when I visit family -- mother in Houston, brother and sister in SA.

I would be happy to find a nice affortable house in Los Fresnos for a 20-minute drive in my retirement.  But it looks like water supply could be a serious issue for that area in the not too distant future.

Naming breaks in Texas is no big deal. Most people are too lazy to surf anywhere that doesn't have a parking lot and bathroom in front of it.

LMAO.  But the Porticans do suck.

What looks to be a decline in surfing participation at my old breaks suggests a lack of motivation in the current era.

Surfed Matagorda on and off.  It was so finicky and hard to predict.  But when it was on, it was really on -- solid, hollow, fast breaking beach break ("Tennis Courts").

I did not have the boat or 4-wheel drive needed to surf Port Mansfield.

Crystal clear Laguna Madre is sweet for other water activities.

Nothing to do with this topic, but I worked a contract biology job for 8 mos where I drove down the beach at Boca Chica to the mouth of the Rio Grande every day.  Lovely, remote place. I would take my lunch and sit on the dunes and watch guys swim across pulling a 5 gallon bucket with a lid, get out of the water, pull out dry clothes, put them on and stuff the wet ones in the bucket, then scamper off.  One day the crew I was trying to keep from destroying the biologically and archaeologically sensitive areas found a good sized bale of pot washed up on the beach. Since you have to pass through a border patrol check point on your way out they decided to stash it and figure out a way to get it through...haha...never happened.  When they came back, someone had stolen it from their hiding place. That was a disappointed group of guys cause it was easily 50 lbs.  Since I was working 12-14 hr days 7 days a week I never got to surf. But I regularly saw some great swell with real power.

thanks bb30 for bringing back some good memories.  Boca Chica is definitely one of those singularly special places.