I got my Woodpecker tool in the mail today.  I played with it on a piece of scrap XPS.  I rate it as having very high potential for improving epoxy bonding with XPS.  Paid $10.00 + $3.50 shipping on Etsy, a bargain -- like new.  Stoked.

I peeled the glass from the XPS last night.  I needed good natural lighting for decent pictures.  Hopefully the right lighting today... 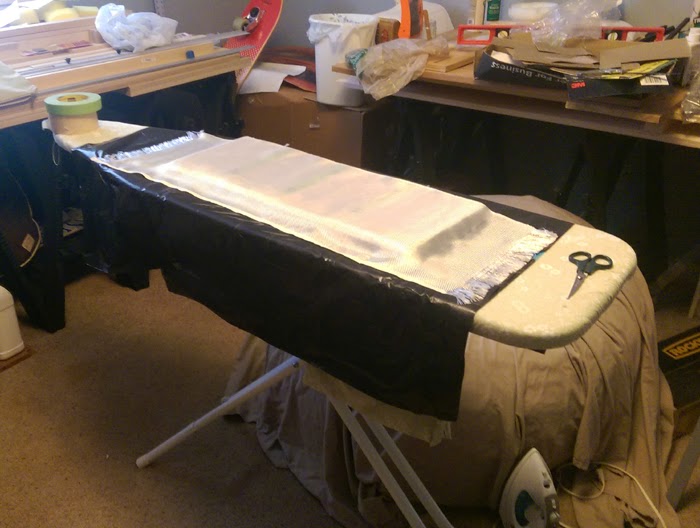 All quadrants simultaneously laminated with the same batch of epoxy resin 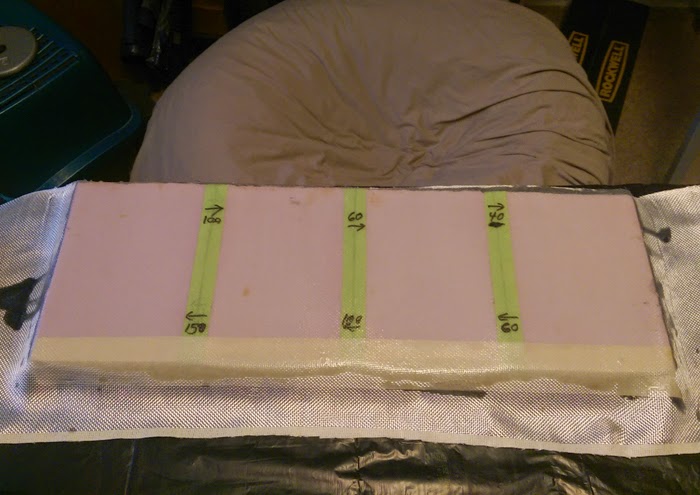 Peels from XPS surfaces sanded with 40-150 grit and sealed before glassing with Secret Sauce (aka polycrylic concrete sealer): 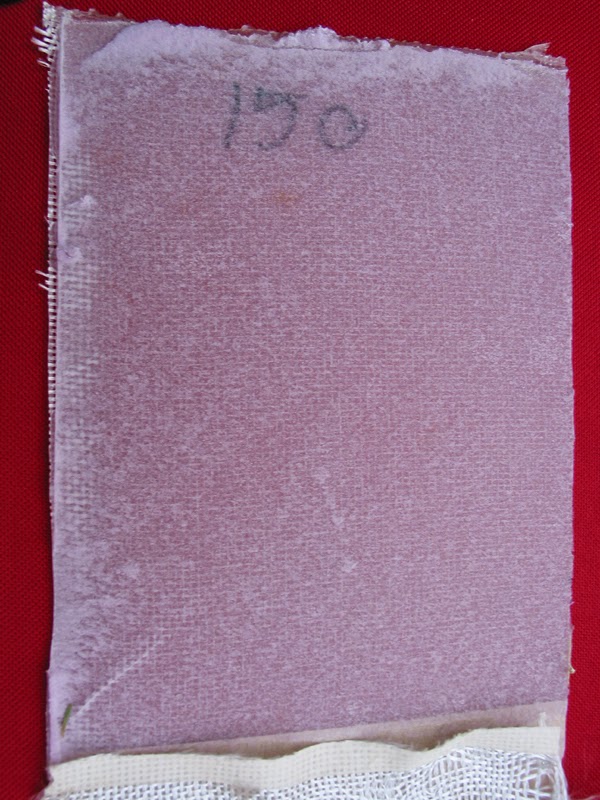 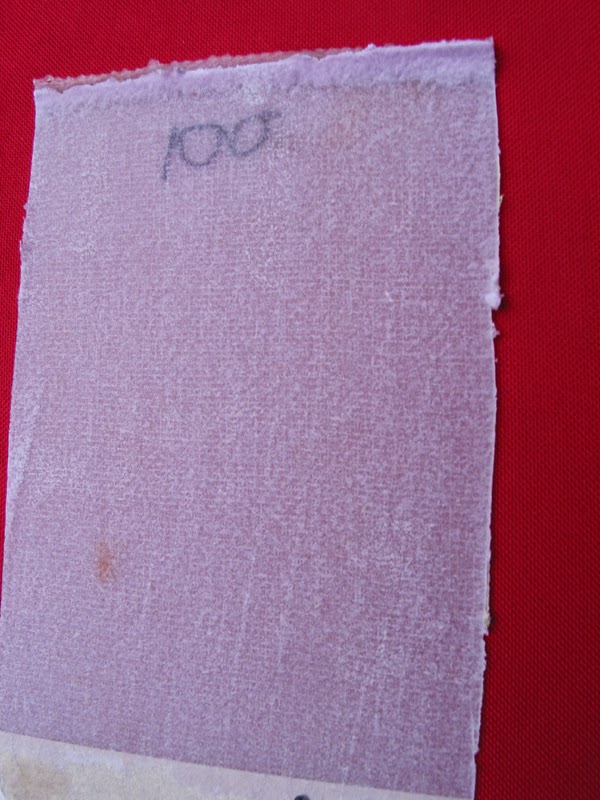 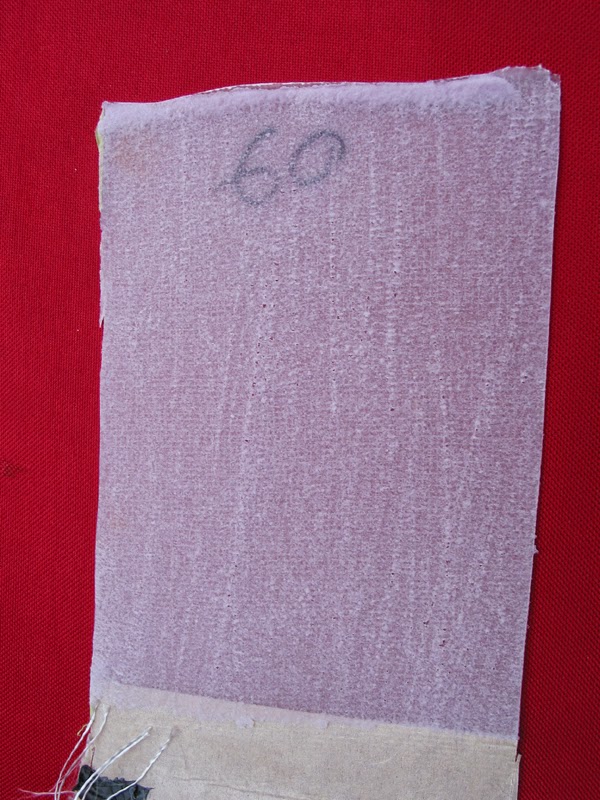 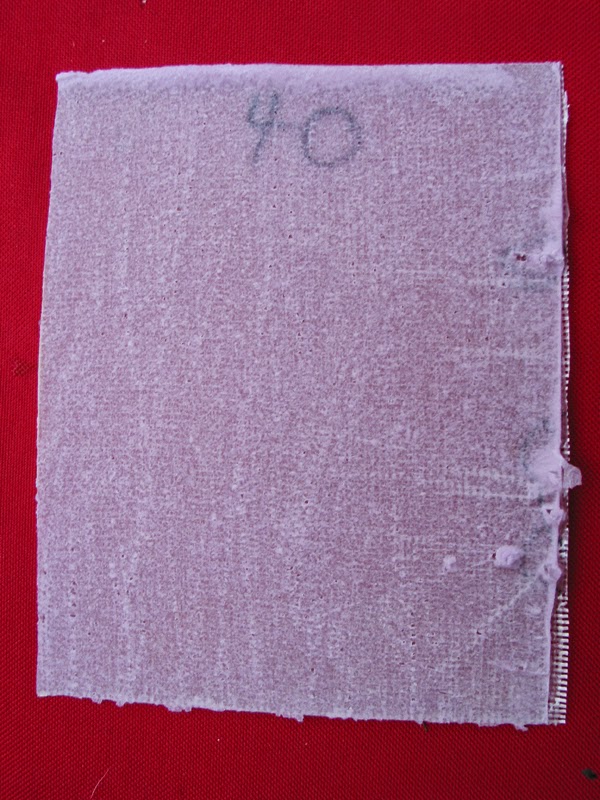 Another view of XPS surfaces sanded with 40-150 grit then sealed before glassing: 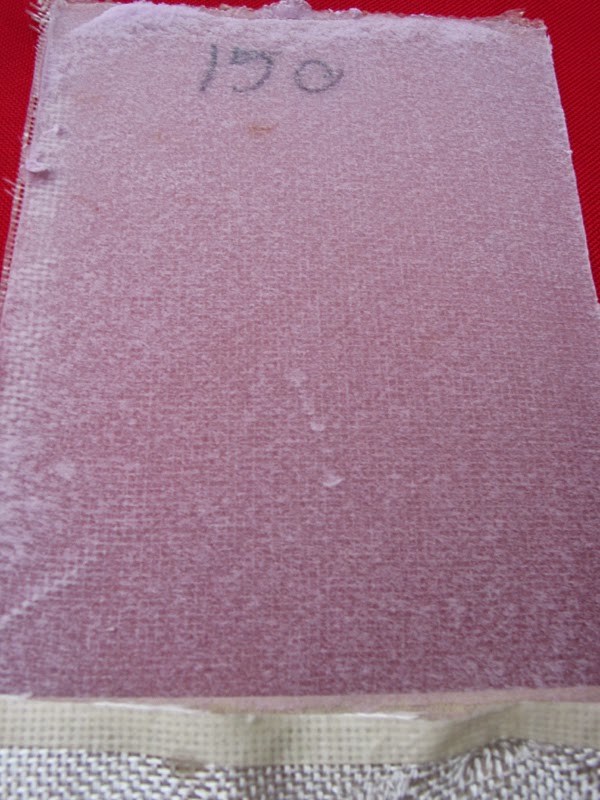 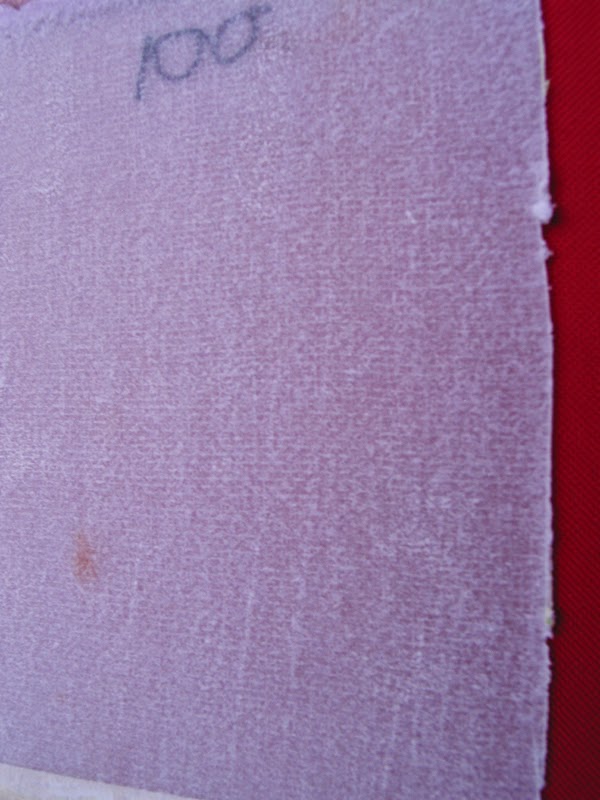 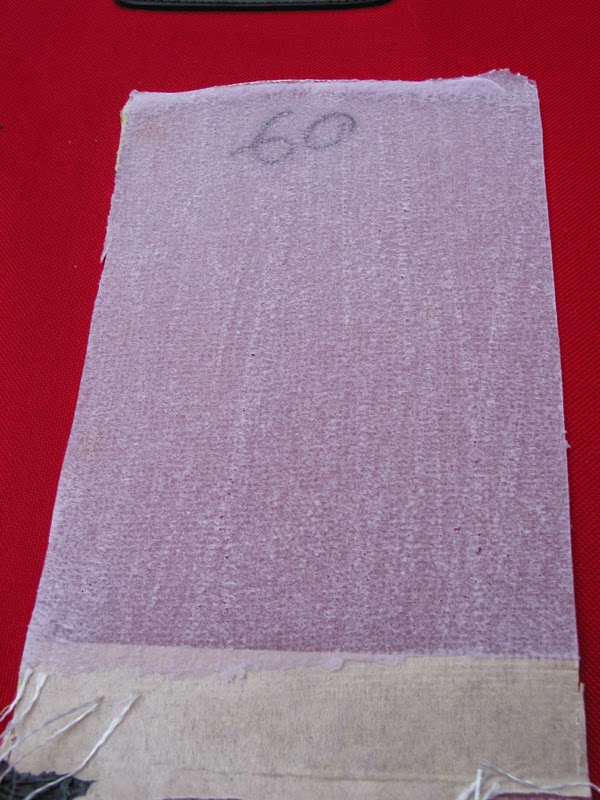 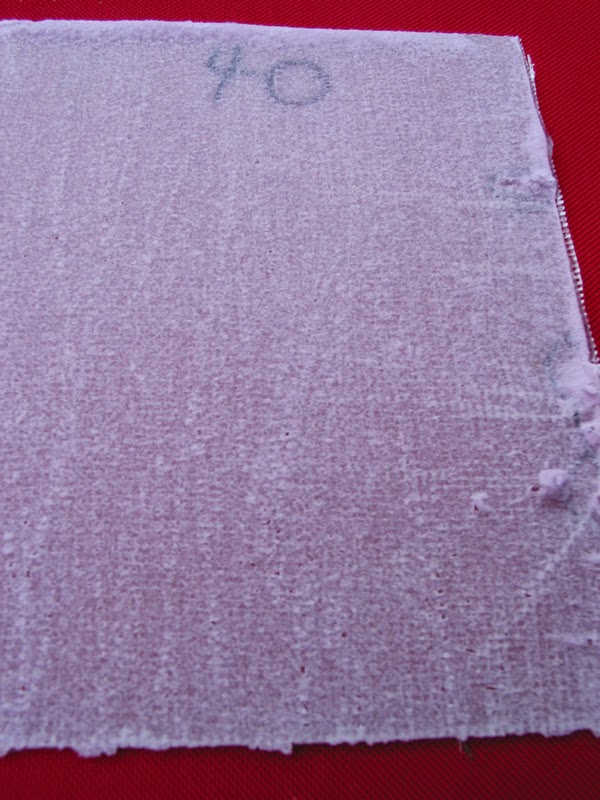 So from what I see, the rougher the better adhesion correct?

Be interesting when you use the roller tool you purchased.

No surprises there.  I'd be interested in seeing a side-by-side comparison with and without the 'secret sauce.'

I have never seen peel from EPS. Curious if anyone has and can give a brief description/comparison.

I have, many years ago, stripped glass from poly resin board and it pulled little chunks of foam even when I really tried not to. If I just pulled it got ugly fast.

In sandwich, skin don't delam because of forces that tear off but because of shear caused by buckling instability of thin compressed skin. If you want a valid test you must do a 4 point bending test.

Epoxy eps bond shear strengh is stronger than shear strengh of foam so when skin buckle foam tearing that's why you have a layer of foam bead gluded on skin.

In sandwich, skin don't delam because of forces that tear off but because of shear caused by buckling instability of thin compressed skin. If you want a valid test you must do a 4 point bending test.

Epoxy eps bond shear strengh is stronger than shear strengh of foam so when skin buckle foam tearing that's why you have a layer of foam bead gluded on skin.

I love Sways for exactly what I am reading here.

All the best, boys

@ Lemat -- I do not have the time or equipment/money for 4-point bending tests.  I believe that low density/low min. compressive strength XPS foam tests should give me some usable information about adhesion between epoxy and XPS.

@ Dr. Strange -- I peeled several PU/PE longboards in the past.  I was surprised how little foam was pulled up.  I still had plenty of good foam to work with.  Funny you should mention EPS, I have been planning to play with Secret Sauce on it too -- different reasons.

@ Barry Snyder -- No surprises.  The greater irregular bonding surface created with coarse sandpaper caused more foam to pull up than with higher grit surfaces -- better anchoring.  Yeah, I really want to try the perforation rollers next. @ John Mellor -- Agreed.  Sealed vs. unsealed was/is the central objective of the tests. The initial hypothesis was/is sealer will improve epoxy adhesion with XPS.  The null hypothesis is sealer will not improve epoxy adhesion with XPS. For the first test, I was more interested in seeing whether the polycrylic sealer would bond with XPS and whether epoxy would bond well enough with the sealer.  The results suggest epoxy adhesion with sealer is stronger than sealer adhesion with XPS.  Side-by-side sealed vs. unsealed is definitely needed.  I decided that looking at different grit effects in this preliminary bonding trial could also get me some surface roughness information at the same time. _____ Observations *  The 1.5 pcf/15 psi XPS insulating foam clearly tears and crushes very easily.  I can see how adding a wood veneer (Lavarat) or cork skin (melikefish) to the foam surface would minimize surface damage by dissipating/dispersing point impacts over a broader area. *  Notice the greater amount of foam on the (numbered) edge opposite the side used to peel up the glass patch.  The peel edge was taped to avoid this effect.  The opposing/numbered edge without tape -- with resin drip over the foam edge -- appeared to have much greater mechanical bonding/leverage (bottle-opener effect?). *  Uniformity -- while coarser grit appears to improve adhesion, it lacks uniform distribution over the entire surface.  The deeper grit cuts pulled up the most foam.  But the deeper cuts are random with gaps between them (areas of lower bonding?). I believe perforation rollers could create more uniform mechanical bonding over the entire foam surface to be glassed. I think I will look at the effects of perforation next.  Sealed vs. unsealed?  What final sanding grit before perforation?  Too coarse, and the deep sanding grooves will likely impact the effects of perforation -- especially uniform distribution effects. Adding perforation rollers for testing too has significantly increased the number of potential variable combinations...
like
0

This a great thread and in the distant past I posted some results on tests I've done.

I have a climbing drum peel test setup and 4 point bend rig attached to a nice test machine (Lloyds 100K) so could put some numbers into these tests. (Although I suspect that Lemat could as well, it is always the time element!) Very happy to do some tests but to keep it relative to the results here would need to know a few more details. For me the time consuming bit is laying up samples, maybe my students could do it for me. Anyway I make the offer of time and equipment if it helps.