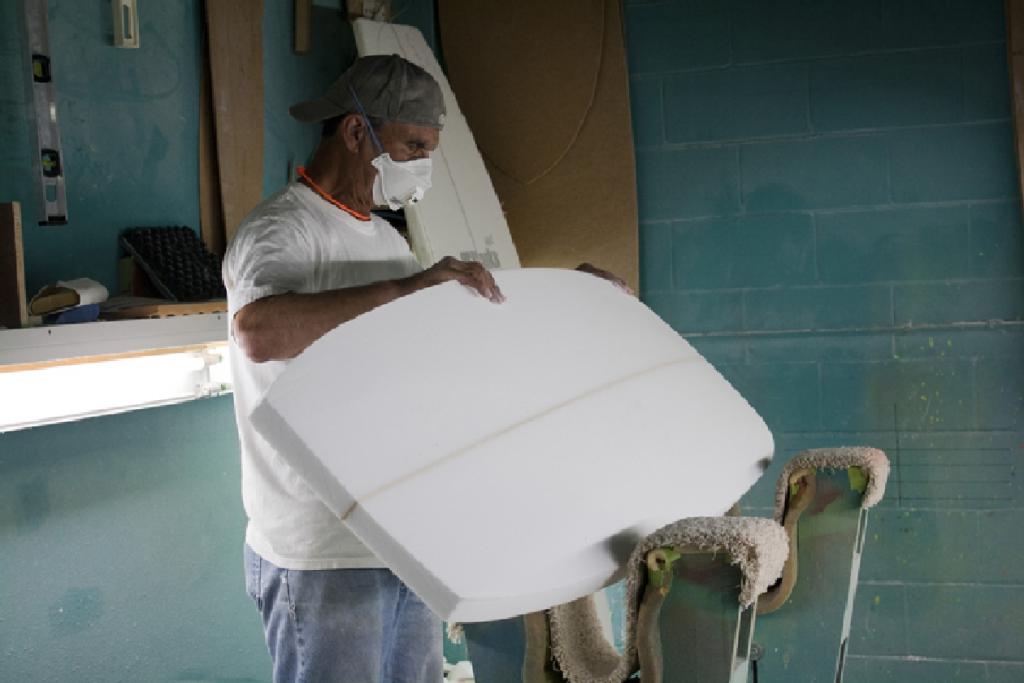 Yeah, Huck, those hide-tide, big wave days are hard on us members of the OTHG. Hard to keep your dignity when you're crab-walking up the berm. Took a solid blow to the shin from a submerged boulder trying to exit at the top of the point. Never saw it, but felt it right away...More favorable tides start tomorrow. I have a customer that mainly surfs 8-0 to 9-2 boards. He just ordered an 8-8 "big fish" which was delevered today. Looks a lot like your 8-8 with a swallow tail.

By the way, any of you guys catch this clip in Huck's playlist?:

Just goes to show what can be accomplished with a digital camera, a blue yoga mat, a white bedsheet, some kiddie toys....

Something else to play with on one of those "no-surf" days.

Sometimes exiting the water is the hardest part!

and one more....  fuck:  https://www.youtube.com/watch?v=JWcvwYKX8Cs

Funny we time the paddle out.

​Just a brief observation from today's session: I saw this old guy (i.e., my age) on a fairly short wide fat simmons type board.  He was kinda slow getting up, at first it looked like maybe a beginner, but no, once up, he rode with style and grace, a real pleasure to watch, big old-guy belly and all.  It was an inspiration to me, to see another old phart out there having fun, and doing it with style!

1) Was he riding better than you (I assume you were on the Mi Gordita at the time)?

2) If he was, did you paddle up to him to offer him a few waves on the Mi Gordita to see what he thought of it? -> depending on the outcome of this, asking him for the dimensions of his board could well be worthwhile...

... maybe even a starting point for Mi Gordita Mk.II :)

Geez,.... you've barely broken in Mi Gordita Mk I and here I am already getting you thinking about what the next version could be like.

Don't listen to me; just go and enjoy Mi Gordita for a good few months. Sounds like you've done well with it, so really savour that for a bit and really get to know the board....

how's the knee responding to the workouts (hope it's come good for you by now), and have you managed to get the TBX/Manta out in the HH and over waves you designed it for yet?

L.I.T. - I would love it if he wanted to take Mi Gordita out for a spin.  His board was very similar to my Stubbie, which I traded because it was hard for me to catch waves with.  He said the same about his board, fun to ride, but a little difficult to get in with, he commented on how many waves I was getting on the Gordita, said he noticed I was able to get in with just a few strokes.  Like you, I'm already thinking ahead to my next shape, but I'm thinking more along the lines of Proctor's Monsta Chief.  I really love the look of that thing.

I also have been thinking of stepping away from shaping for a bit, to focus on fins for awhile, and fine-tuning the many boards I have by trying some different fins and fin setups, and maybe adding some rail channels retrofit style to a couple boards.  Not sure which direction I'll go, but either way I have plenty to focus my creative energy on.

Love to hear from NomasTomas also, I know Ventura has had some epic surf lately.  I paddled out at Stables last week, the set waves were scary! (to me).  The playing field there is just so much bigger and spread out than the L.A. spot I normally surf lately.   I have been thinking about that awesome (green) longboard he posted awhile back, a few times I would have loved to had that thing out.

update (rather than start a new post following my own post): I made a comment in Mattwho's thread about his outside the box Incredible Hulk.  To be outside the box is often to be rejected by the mainstream, which is why a lot of that stuff does better over here in the underground, IMO.  The surfing world is very trend and fashion conscious, the powers that be have a lot invested in the status quo, their minions are quick to attack or ignore the heretical, and they are the majority.

I have come to appreciate fatter rails, uncommonly high volume, and midlength planshapes for example, but my shapes are just too outside the box for most people to appreciate, so I kinda have to forge my own way, find what works for me, and not worry about the negativity I might encounter from those who follow the trends and status quo.  I think that its a decision you have to make early on, if you're really gonna pursue creative design that isn't dependent on group approval.  Nice to be an independent backyarder with no one to please but yourself, in this regard.

To me the essence of this thread is pursuing design goals that are outside the box, with shapes that are also.  I have no need or desire to force anyone to accept my design ideas, if they work for me then that's good enough.  I appreciate the support and positivity of the small band of posters on this thread, 'tho, and that little bit of stoke goes a long way.  So thanks for that, guys!

Oh yeah, and also wanted to add that I took the 8-8 Matty high performance longboard out again, and am continually impressed by how FAST that thing is!

I'm thinking more along the lines of Proctor's Monsta Chief. I really love the look of that thing.

It sure is a friendly looking board isn't it? :)

'Came across this earlier today and thought you might be interested in it, particularly if you're thinking of the next board being in the 6'something range: Simon Anderson talking about his favourite board the 6'4" "Early Bird".

Simon's 60 now and weighs 105 kg/231 lbs so there's more volume in the board than looks might indicate - apparently Simon had a bit of a "senior's moment" during the clip and the volume of the board is actually 36.8 liters rather than the 26.8 stated.

Mind you, it looks like a pretty lean board for an older guy, while you do like 'em nice and thick; so bear in mind he is an ex world-champ and he did say this is a board he can only really ride when he's physically in good shape.

So I'd agree with you in making something more Monsta Chief style for the M.G. II - if that one comes off and you're wanting to see just how far you can push the envelope in the shortboard-for-older-surfers stakes, then the dimensions of Simon Anderson's Early Bird could be a place to start in terms of what's technically possible.

From the sound of it though, that's a fair way off into the future - bring on da fins! Was hunting around for some fin core materials myself today, so hopefully I'll have something to show off as well soonish (fingers crossed).

I made a comment in Mattwho's thread about his outside the box Incredible Hulk.  To be outside the box is often to be rejected by the mainstream, which is why a lot of that stuff does better over here in the underground, IMO.  The surfing world is very trend and fashion conscious, the powers that be have a lot invested in the status quo, their minions are quick to attack or ignore the heretical, and they are the majority.

Thanks! I suppose, that being a revolution survivor

And have not abandoned the search for advancement of surfboard design...

Oh yeah, and also wanted to add that I took the 8-8 Matty high performance longboard out again, and am continually impressed by how FAST that thing is!

This is a trill!

Report in on Paddling, turning and entry?

Ha! Takes a while to trust that rocker, yeah?

Quid pro quo as soon as the surf clams down, (stubby)

Todd is a successful out of the box thinker...

The "Monsta Chief" Volume and design...

Same outline as the new "Lit'l Sis" only stretched. 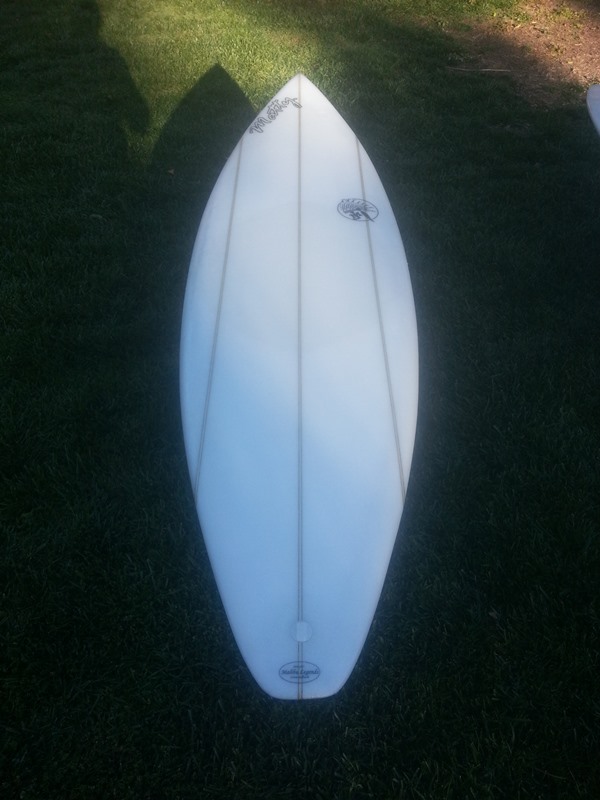 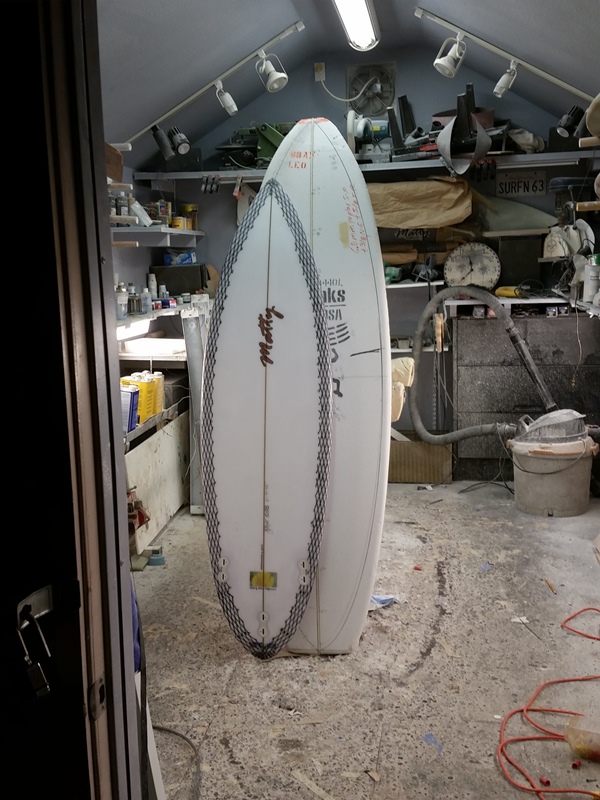 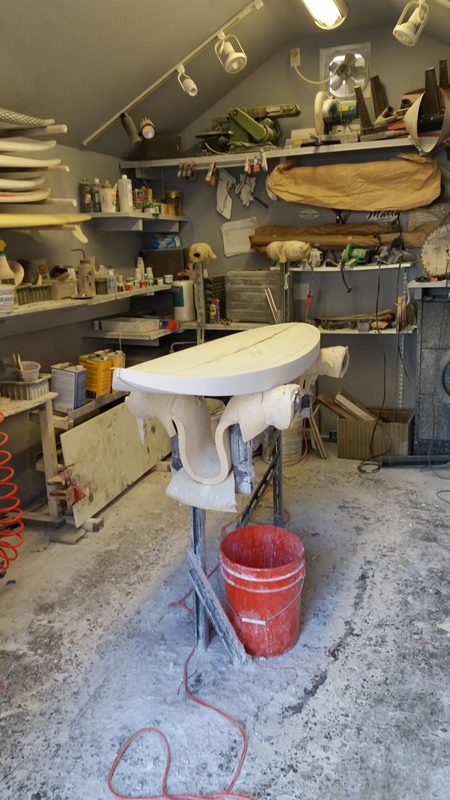 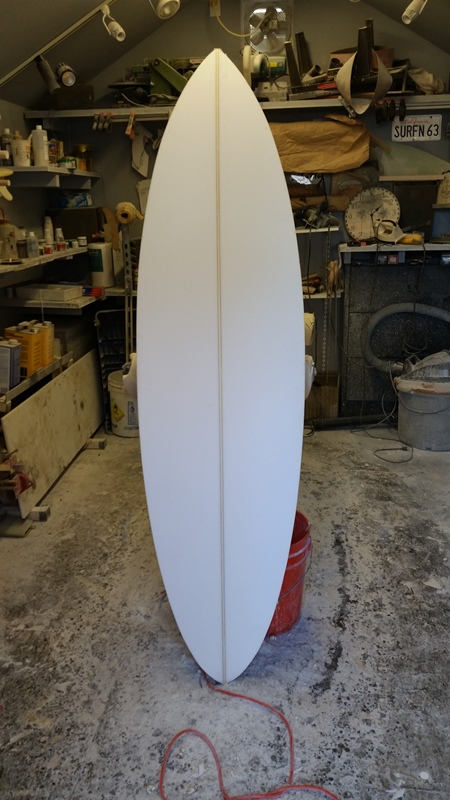 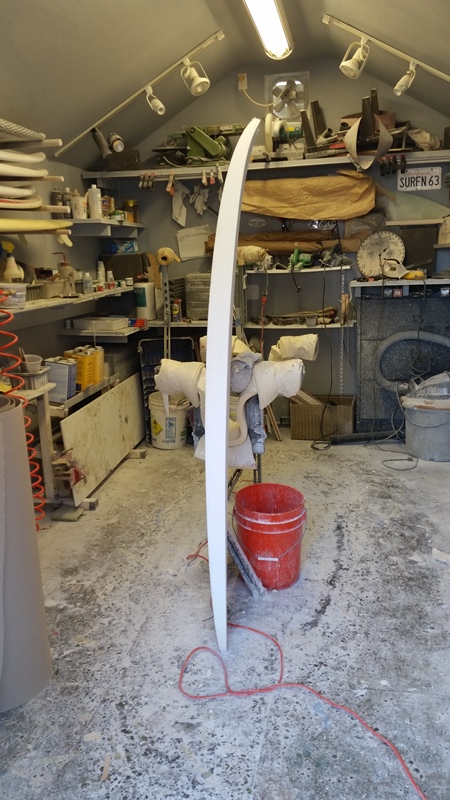