Wondering if anybody cares to fill me in on which PU foam manufacturer produces the best blank and why...or maybe this dead horse has been beaten too many times. I am a relatively new shaper and have tried a few manufacturers' products...starting to think more about whether my end product can be improved just by choosing the best materials up front. Any thoughts?


Giving us some clue where you live might be beneficial.

Fair enough, Sickdog. I live in Central California...so Northern or Southern California manufacturers are the most relevant. Let me know what you think...and thanks for the reply. 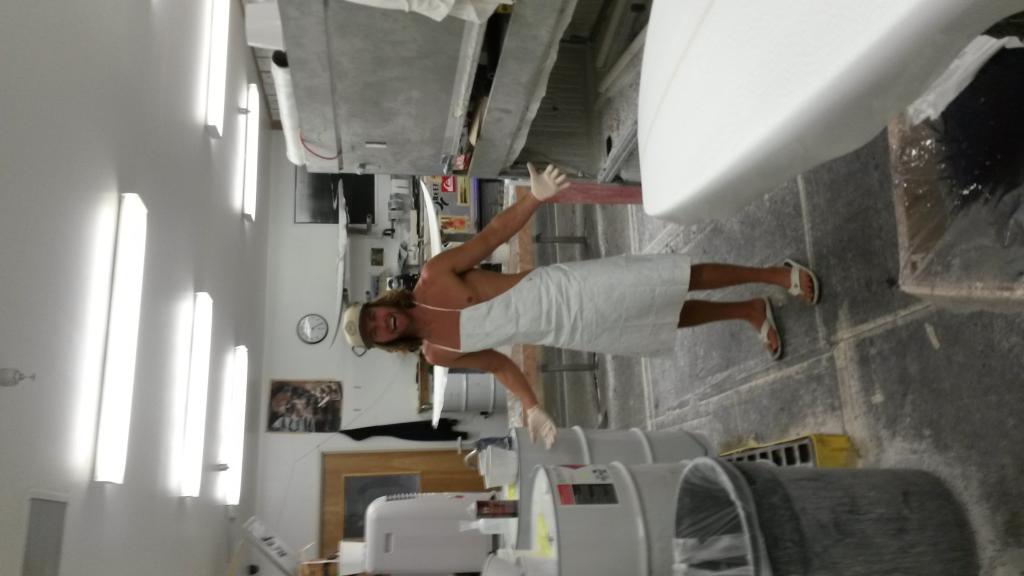 try some blair foam good stuff . you won't be disappointed.

What do you like about Blair, pierpont, when you compare it to other foams? Have you worked with EPS? Thanks.

it is very consistent good quality foam. shapes very nicely not soft no pukas voids etc. great rockers , fast turnaround time on custom orders. etc. like the way pu rides and not really in to eps .

The shake-out in the PU blank biz is happening right now. Lotsa factors at work, but the slow economy and glut
of import boards are speeding up the inevitable; there aren't going to be more than 2-3 PU survivors in the US
market. Some companies that export to us but aren't dependent on our market may still be available in addition
to these US producers (Rhyno and some Australians come to mind).

My vote for best foam has to go to Rhyno. The technical quality of the foam is unsurpassed. US Blanks has a great
product also, and Clark-like service, rocker program, and custom capability. No surprise there, as it's ex-Clark people.
Ice-9 seems to have a lot of potential, but I personally have not seen product living up to that potential. I hear good
things from others, though, and I wish them success. I have not seen the Blair foam, so I can't comment one way or
the other on that product. Lots of you in California may not have seen the Rhyno, they have a huge market to supply
in Brazil and it's hard enough to get containers of it to Florida.

Mike...........thanks for chiming in.
I used a fair amount of Ice 9 Cane now and it has been decent overall. The Walker Mowses formula shaped incredibly well..........actually, the way foam should shape......this is TDI vs MDI process. There have been some voids here and there thru different shipments but they are aware of this and working hard to correct the problem. I have never rec'd any blanks with voids that weren't a simple fix.

The West Coast buzz says good things about Scott Saunder's Just Foam as well as Blair's Foam (which apparently is in the same building next to Ice 9......though no affiliation).

Surfblanks (Midget Farrelly's Foam orignally from Austrailia, with his formulas being blown south of Ensenada Mexico) are regarded as consistent quality and strong. I've shaped some and the foam is harder foam and shapes with more of a sawing action. Reports have been of no yellowing.

U.S. Blanks have a ready supply of blanks at Fiberglass Hawaii in Ventura and seem to be the most established distributor throughout CA...........they are being talked down by their competitors. The claims are that their foam is super soft inside the blank as you remove the top layer compared to other foams out there. This is very difficult to quantify unless you have your own ram/gauge and wish to test i for yourself..........everyone making the claims has their own agenda and it is difficult to trust someone vested with one company making claims against other competitors.

Ted from Fiberglass Hawaii is a partner in U.S. Foam and has been in the industry for decades even (at one time and perhaps still) supplying the resin to make Burford blanks in Austrailia.........sending containers to Oz. They also have outlets all over the place..........like Michigan, etc. . I just p/u a roll of their new FH 4 oz cloth for a tryout......they also have 6 oz. and the prices are excellent. I'll see if it resembles Hexcel or JP and get back with feedback.....people seem to like how it wets out and the workability of it.

It's funny about this foam thing..........I actually hope sh-t hits the fan and we see throngs of people making BS claims going down in flames.......I know that sounds mean, but it's just as mean to be promised quality then ge crap to try to build perfect surfboards with. I want the posers gone NOW!

Update: I used the FH 4 oz e glass and it performed quite well. Easy wet out, not of loose strand unraveling, boards were bright and white with cloth on. Good so far.....

blair is in gardenia and ice-9 in orange, blair facility is a block or 2 from us blanks in gardenia. try a blair and you won't need to worry about the rest. bruce go talk to steve brom he just got a few blair see what he has to say.

Thanks for the clarification..........about factory locales.......I was given misinformation.........easy to happen in this day and age. I stand corrected.

I'll talk to Steve.........someoone knowledgeable and trustworthy to be sure. Thanks.

I love this discussion...and am quickly coming to realize that there must be lots of inconsistency in the marketplace from all manufacturers (otherwise, there would be a clearer favorite). With that said, lots of you are talking about US Blanks, Blair and Ice 9. I have worked with USB and Blair, as well as Surfblanks America (Midget Farrelly's foam system being blown in Mex). I am actually a little surprised that there wasn't more of a mention of Surfblanks...tends to be my favorite right now...hard foam, stays white, feels as light or lighter than others I've used, etc. My issue is that I haven't used any in great quantities, so I can't speak to consistency.

In any event, I am really glad all of you have taken the time to respond...I continue to learn and will continue doing my best to put out a quality surfboard.