Mike Hynson and the down rail 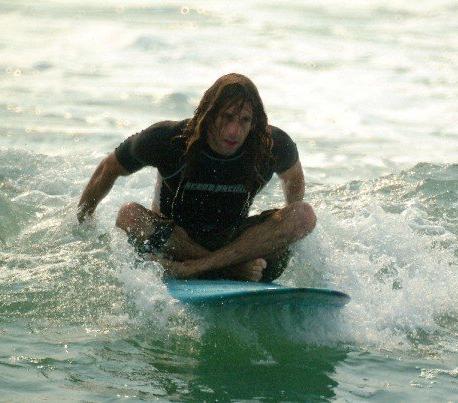 stumbled upon this interview with Mike Hynson....cool stuff! thought you all might wanna check it out...

Good ref soulstice--the whole thing is great but especially this

SURFERMAG.COM: And what about the down-rail? Can you tell me a little bit about that development and what you were up to in the early 70’s when that was going on?
MICHAEL HYNSON: Oh man, when I was developing that thing Diffenderfer used to needle me. He used to say “what are you doing, that’s ridiculous, you must be on drugs or something,” because when you looked at it for the first time it looked like it was gonna just tip over. But anyway, it all happened over in Hawaii. I was on Maui, out at Maalaea by myself, and it was really small so I was out there just to get wet. The tide was going out and it was so small that I started riding waves on my stomach, with my board backwards going fin first. I was riding my 10’6” gun and in those days from the tail to about half way up on the board, the rails were turned down and it had a flat bottom towards the back. So I was riding backwards and leaning back to keep my fin out of the water cause it was so shallow, and was using the narrowness of my tail, and I was able to really angle into the tight spots on the wave. I got cruising at a pretty good clip and as I was generating all this speed I was watching the rail hit the water. I just saw how clean it was.
I thought about it all afterwards and it bugged me for a couple days, but then I finally got into a state of mind to take a stab at it. I had a little place where I could shape and a couple of blanks hanging around, and I remember distinctly that when it came to the point where I had to make the rails that night, I had to sort of break through the traditional way of making a board. It took me a while to get on with it because I had never really ruined a board. I had never made a board that I couldn’t sell or that someone wouldn’t want. But here I am in Maui, and I only had a couple of blanks so I was sort of nervous, but then I just went for it. And I really didn’t want anyone to know about it or see the board because I thought it might be a real eyesore (laughs), so I glassed it that night, hot coated it, and rough sanded it. I was out in the water at sunrise the next morning because I wanted to try it and then get lost before anyone woke up (laughs again). But I was surprised; I mean it was such a different feeling. At the time, it was the same size as the boards I had been riding, but the difference was a rail thing.

I remember Herbie was around, and someone else too, and I gave it to them to take it out and their jaws dropped. It was that much of a change. It was just so fun and I thought to myself, “this thing has a really happening feeling.” I just got into it you know. Every board I made I started adding a down rail, and at the time, I was just transitioning into the quiver concept, which was a new concept then too, so I made every shape you could with a down rail. I was even doing it to a point where I was including it on guns and they all seemed to work out fine. And, as a side note, ever since the beginning I’ve been working on fins. I would put small ones on the nose, and up and down the rail, and I mean a lot of things wouldn’t work.A lot of things were ridiculous, but that sort of thing seemed to be my purpose. Research and design. Instead of being known as a shaper, I mostly would have liked to be known as an R&D guy.

But a couple companies recognized my contributions, Hobie [Alter] in particular, and he would just cut me loose on a wall of blanks and say “go do what you can do.” And Phil was working there at that time too, so that was great training. Hobie was the biggest surf board producer in the business. We just had an endless amount of surfboards to make. Hobie was such a good guy to work for because he was so innovative. I watched him develop the first Hobie Cat and that was really cool. He used to use scraps from around the shop to make little planes, and other little models of whatever he was thinking about and he made furniture too. But it was fun to watch him make that Hobie Cat because it started out as a little model and it just grew and grew.
SURFERMAG.COM: In a recent Surfer Magazine Interview, Gerry Lopez credited you completely with the invention of the down-rail and called it “the most significant step in modern shortboard evolution.” He basically credited you with a design innovation that, it can be argued, is more important than Simon Anderson’s thruster.
MICHAEL HYNSON: Well, that was awfully nice of him (head down, visibly moved by Lopez’s compliment). Yea, I mean, after riding it, I just can’t imagine a surfboard made any other way. It still amazes me that Joel Tudor can take out anything, some 1955 era slug, and ride it just like he’s riding something modern. He makes you think, “what’s the big deal?” But when you go out and try to do it yourself, it’s a whole different story. I can’t get one of those things to go left or right. I get tired just thinking about it. You can’t get it to turn when you want it to and then it’ll turn when you don’t want it too (laughs).

yeah, that's the part that jumped out at me, too...and the part i thought the members of this forum would have the greatest interest in (hence the subject title of the thread).

Hate to say it, but Bob White of Wave Riding Vehicles beat him to it by 2 years

Hate to say it, but Bob White of Wave Riding Vehicles beat him to it by 2 years

and THAT is what i was REALLY lookin' for!!!!

i thought the interview was interesting, nonetheless...but i couldn't shake the feeling that almost every great innovation was actually innovated before the innovator who claims it (does that make sense?!???...whatever).

They were all long in '35, now long gone mostly 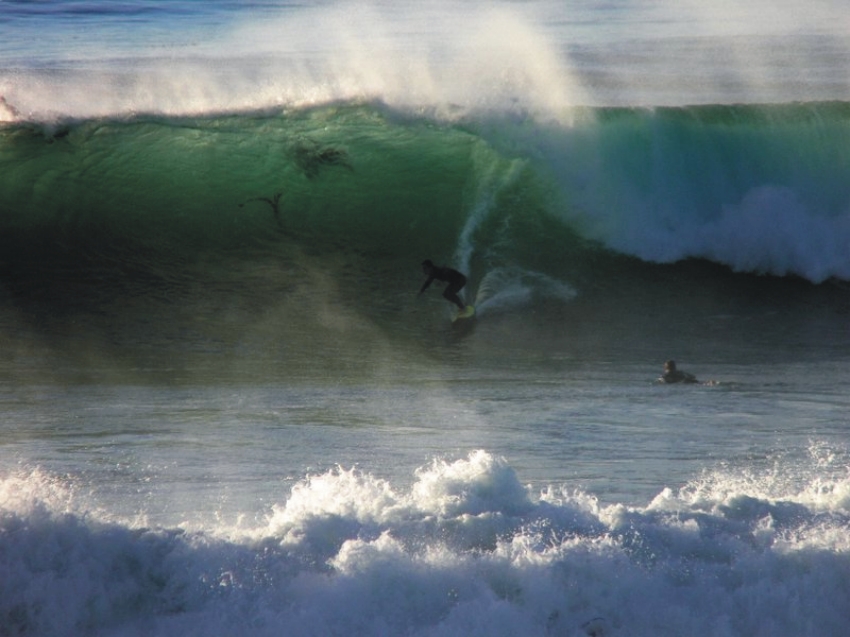 poor kid. he just wanted to hug the pelican, and he gets CLACKED!