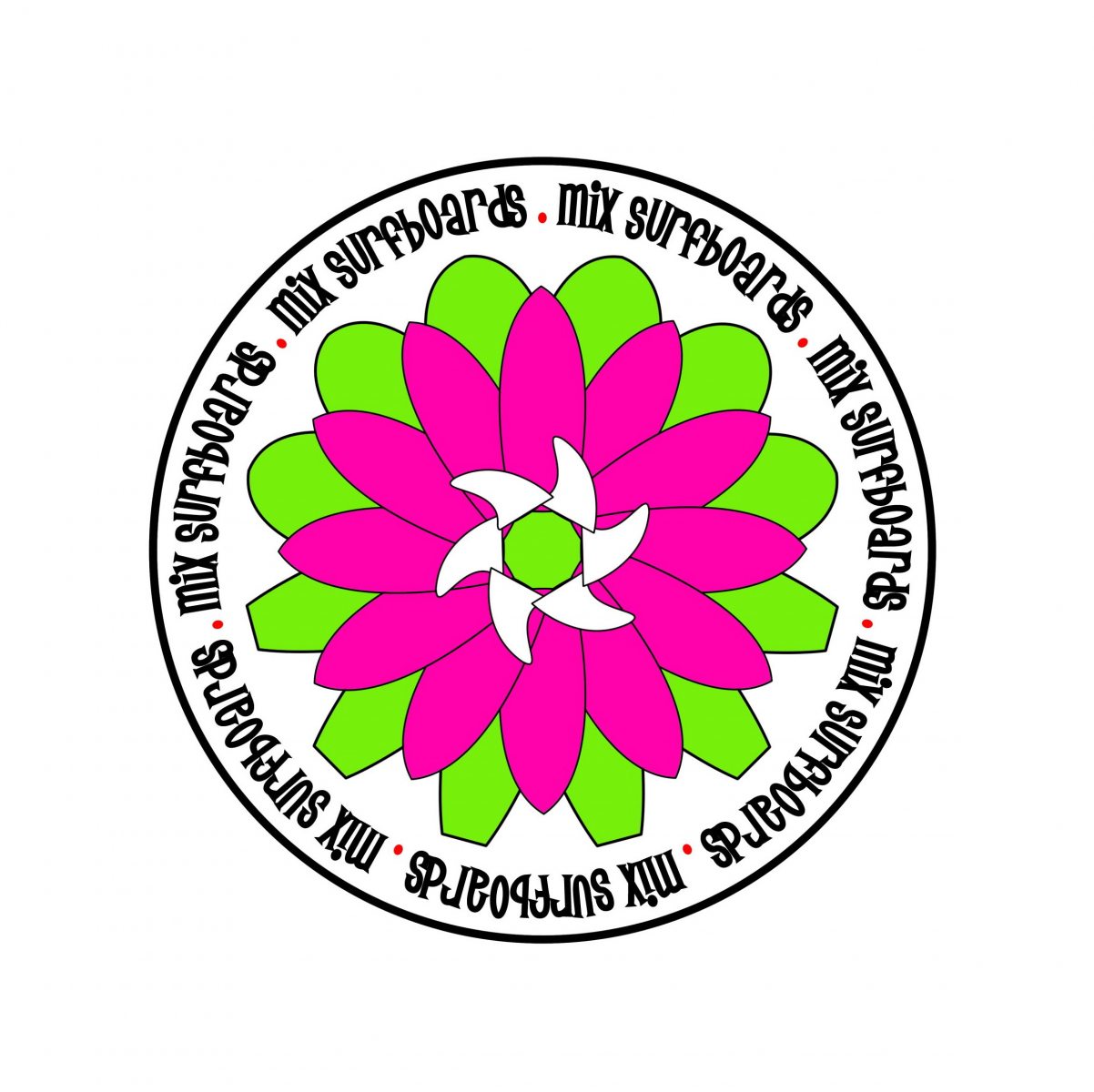 Just heard legend surfer / travelling pioneer Peter Troy has just passed away.
A great surfer and a great bloke , will be missed by many.
Condolences to his family.
Mick

mick
i can only say i am in total shock

When I was about 13 years old there was no cable TV in Florida and we only got two channels, one from Jacksonville
and the other from Daytona. There was this hokey mid-day news show on the Jax station that my grandfather always
watched, and one day he called to me to come see ''the surfer on TV''. The local-yokel news guy was interviewing Peter
Troy in about the same way he would have interviewed a man from Mars, that's how alien a traveling international surfer
was in North Florida at that time. Troy made quite an impression on me, the idea of just cruising the world and sampling
it's waves sounded pretty good! If I close my eyes I can still see the black-and-white picture of the lanky blonde Aussie
sitting in a chair on the cardboard set of WJXT-TV, trying to explain what he doing to the mystified host.

Prayers and condolences for family and friends. Take solace in knowing that surfing is the best way to live. 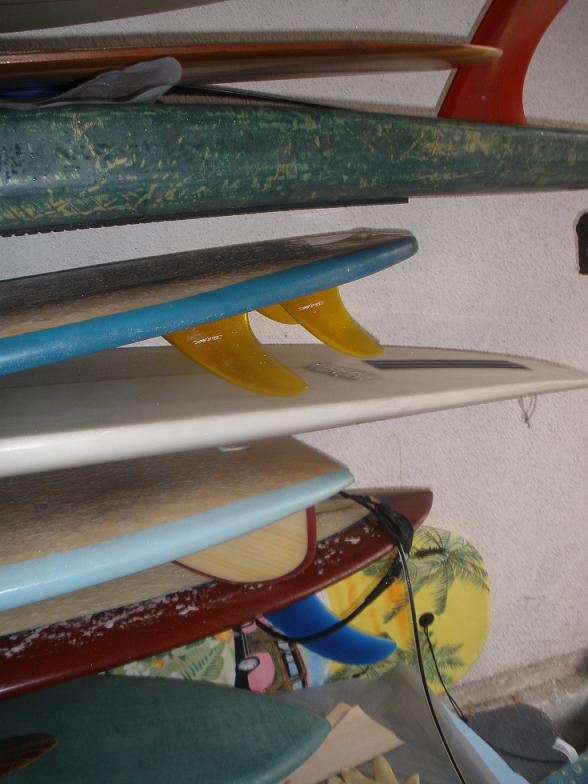 you may have missed your calling as a writer...I can almost see the sportcoat the interviewer was wearing.

now its to late i feel so bad i am just shocked.

Peter Troy was a primary cause and first principle for the whole concept of travelling, discovering and learning from foreign cultures whilst searching for perfect waves.
Every surfer whos ever been barelled in Indo should raise their glass to him and toast his legacy.
Peter changed not just the surfing but the whole cultural landscape in Australia : bringing us out of our insulated little colonial existence and opening our eyes to our proximity to Asia and our true place in the world.
Vale Peter Troy.

now its to late i feel so bad i am just shocked.

As for the letter, write him a reply. You'll both feel better.
like
0

As a Dutch sixteen year old he inspired me to pack my boardbag and travel the world – leaving the cold Northsea wind chop behind...

Peter, may your journeys keep inspiring others!

Peter, good to meet you.

GEORGE NEGUS: What did make you go charging off? The ultimate wave or what?

PETER TROY: Well, basically, I worked for a firm of chartered accountants in Melbourne.

PETER TROY: Yeah, that was great thrilling. After five years, I decided that wasn't what I wanted. But I was too frightened to break with tradition. So I simply got on a boat and left the country.

GEORGE NEGUS: So surfing basically sent you off?

GEORGE NEGUS: Any idea how many countries you've been to?

GEORGE NEGUS: Right. There are only about 200 in the world.

GEORGE NEGUS: So half the world. I was looking at the things you've done. Hitchhiking in the Kalahari Desert. A yacht trip from Gibraltar to Antigua. That's... that's quite a sailing exercise.

PETER TROY: Yeah, well, it was an attempt to go from Europe to Hawaii to go surfing. And, uh, the aeroplane at that stage was just so expensive, you know. A trip by plane from Australia to England was seven months of work. And today now it's maybe two weeks. If you could get on a yacht or a cargo boat, that's the way you went.

GEORGE NEGUS: Probably my favourite, I think, was that you went from the world's most southern town, right? Puerto...Puerto Williams.

PETER TROY: Yeah, to, uh... Actually reached 81 degrees north at the tip of Spitsbergen where in those days they were doing polar bear hunting.

PETER TROY: Yeah, by myself. It took nearly a year to hitchhike.

GEORGE NEGUS: So it was only when... The surfing kicked it off.

GEORGE NEGUS: Then the rest of whatever you were about took over. Travelling became a way of life.

PETER TROY: Well... Surfing was interesting because being at the forefront of...of the sport and carrying a 10-foot surfboard under your arm, you were an oddity and that was your ticket to travel. It was... If you were in India with a 10-foot surfboard trying to get on a suburban train in Bombay people started asking questions.

GEORGE NEGUS: I'm getting a picture!

PETER TROY: Yeah. I often liken it to travelling around the world with a grand piano.

GEORGE NEGUS: (Laughs) Right. Not a bad comparison. These days, of course, surfing is so sophisticated. And become such a media event. When you did it, it was nothing like that.

PETER TROY: No. And I think, uh, this modern trend of surfing where it's a life-threatening sport now. It's an extreme sport. And there's big wave surfing where they're surfing 70-foot waves and being towed in 100km off the coastline is...it's very demanding. Only a few people in the world are prepared to...

GEORGE NEGUS: Is it better or worse as a result? That it's become so extreme and there's so much money involved, it's so professional, it's such a glamour sport.

PETER TROY: I think the clothing labels have taken it into a casual clothing thing where once upon a time, we looked at Yves St Laurent and Pierre Cardin. And these days now, the European and North American and those people don't want to wear those things. They want something that's created by people of their own...

GEORGE NEGUS: Hence the Rip Curls and the Billabongs, etc.

GEORGE NEGUS: Your feats as a... as a surfer were considerable. You are in the Surfing Hall of Fame.

PETER TROY: Um, yes, I'm...I'm honoured to have been put into that. We've now got, uh, 23 living surfers that are in the Hall of Fame. And, uh, our sport is only, in the modern sense, since 1956. So most of the guys that ever started it are still all alive.

GEORGE NEGUS: We forget it's a pretty young sport.

PETER TROY: The malibu came in conjunction with, uh, the Olympic Games. It was our demonstration sport at the Melbourne Olympics.

GEORGE NEGUS: Right. Right, yeah. Yep. I mean, if you, um... I guess... What's another way of putting it? If you were starting out as a traveller now, right, what recommendations would you give based on your previous experience to young travellers, potential nomads like yourself?

PETER TROY: Yep, I think...I think it's necessary to avoid the aeroplane.

GEORGE NEGUS: If you can.

PETER TROY: If you can.

GEORGE NEGUS: At all cost.

PETER TROY: Find some place - I'll just take a group of islands in the Pacific - if you fly there on Air New Zealand and you get off, then make the attempt to go by local cargo boat or inter-island canoe or whatever and then go and live with the people on that island.

GEORGE NEGUS: Get close to people. It's the difference between travelling and touring.

GEORGE NEGUS: A traveller is a different thing from a tourist.

GEORGE NEGUS: Where do you call home?

PETER TROY: Um, home is... is on the Sunshine Coast. And, um...I live in Coolum Beach. But it's growing very quickly to be a big town now. I'm getting a little bit scared that the whole south-east corner of Queensland is going to become a Southern California, Los Angeles to San Diego. And, um, so perhaps it's, uh...

GEORGE NEGUS: Might be time to take off again.

PETER TROY: Find a second home to live in part-time.

GEORGE NEGUS: Peter, lovely to talk to you.

Another brother of the ocean lost to us here and now. Forever making a space in the eternal lineup for those of us to follow. Rest in peace brother, ride on, ride on. Thoughts and prayers for his family and friends.

Another total legend goes. We knew Peter and his then girlfriend Wendy when we lived in Coolum on the Sunshine Coast of Queensland. In fact we all started windsurfing together and busting up our gear at the various beachbreaks in the area. He was always ready for a real rave session and we would sometimes be on the phone for hours discussing everything from our aquatic interests to the tax benefits of owning rental property. He was the original travelling wave warrior and anyone who thinks they are pioneers today had better pull their heads in. Chances are Peter had already been their 25 or 30 years ago and not on some air conditionned, sponsor funded wankfest. Our hearts go out to his family and other friends around the world who have lost a truly unique individual. Hope you're on another adventure, Troy Boy! Adios.