So most boards I ride I never bother with small bottom dent repairs (unbroken glass).  But I have one board that I would like to keep as pristine as possible.  I dented the bottom of this board  with my knuckle.   So I am interested in what combo or resin or resin and filler will result in the most invisible repair athletically?  Just resin? Or too much shadow? Milled glass? Sugar? Qcel? Weight not an issue,  just want to restire it as cleanly as possible. 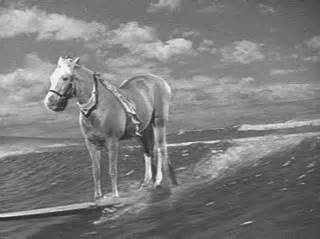 First, try a little warm water, say a clean white rag with barely steaming water on it. Colored rags may leach dye that can stain the resin.  That may, and I say 'may' , bring it back some, it softens the resin and foam just a little, temporarily, and heats up the gas in the foam which expands, yada yada. Don't use a heat gun or boiling hot water, that way lies eventual delamination. Repeat a couple times if you're getting results.

Sand the dent a bit so it'll bond better, clean off all dust and put on clear resin. Anything added to it (fillers)  will show, cloudy/translucent rather than clear. Sand flat, wet sand, polish. And that's about as good as it gets.Done right, you'll have to look for it.

Now, I'm assuming this isn't a real deep dent, you aren't talking about how it broke your hand*. Actually, the deeper it is the better luck you're likely to have with a little gentle warmth.

*yeah, that actually happened to me. Foggy day, I paddled over a wave and Fast Eddie was on the next one. Oh damn. He, with great presence of mine, jumped off his board, grabbed the leash at the rail saver. With somewhat less presence of mind, I held my board up to protect my head.

His move sort of worked, mine worked perfectly. Protected my head quite well. Unfortunately, his board hit my hand, which in turn didn't do a great job of protecting the board. Took off my wetsuit before it really started to hurt (so the docs wouldn't cut it apart) , off to the hospital, fixed the rail ding after the cast came off....

Outstanding narrative, with sound information.        Too bad about your hand.     I've been there a few times myself.

Ah, Bill, for my sins and on account of not being able to hold a steady job, I was once a teacher. Maths sciences, at a college with very low standards, for my further sins.

And to teach somebody something, it helps if you entertain them. I stumble along as best I can

Thanks doc!  Great reply and story. Mine was not so intense... just tumbled on a small hollow one and as the bottom of the board jutted up into my face I extended my right arm to block the board and didn't have time to open my hand and my fist(knuckle) hit and dragged across the bottom of the board instead of an open palm.  Luckily no injury to my hand, but  obtained a lovely scar on my lower back from the rocks under the hollow gems to remind me that rocks and barnacles  are indeed just as hard as the last time I fell into them.

I forgot to ask.   I have laminating, sanding and gloss resins and both mekp and UV powder.  Would one resin be better than the others for flexing without cracking?

Ah- replying to two in one here -

First off, of late, what with great whites becoming part of the local... well, not landscape, seascape.. around here, i've been wandering back to something I did before I got into surfing: motorcycles.

How is this relevant? When you mentioned a lovely scar acrss the lower back I kinda shuddered, what you can do to your back on rocks and such ain't good. But for guys that race motorcycles, or ride on asphalt, or recycled ol' coots like me, they make armour, plastic and rubber stuff that fits under your other gear, does help with impacts. They make (among other things) a vest that's meant to protect the back and the spine.

Now, it's a sand bottom here, but for the times I surfed shallow rocks, I bought a helmet. Were I doing that rock game again, I might look into such armor. Like I did for the bike. I have enough back problems, and I kinda like walking.

But to resins - good question, by the way -  really, either straight gloss or hotcoat followed by gloss. Depending on how deep it winds up being. The reason being that you'll have to sand anything you put in before the gloss, which eliminates laminating resin.

What catalyst to use? I would go with the minimum amount of MEKP. MEKP because you can control it better as it hardens. UV resins have always acted for me like "Hey, surprise, it's hardened'.

Minimal amount and letting it go off slowly so that - well, if you think of resin as, say, ropes and the catalyst as somebody splicing them together, a few guys splicing a given number of ropes leads to relatively long ropes while  a lot of guys splicing and you have shorter segments. Or, if you like, the resin as steel pieces and the catalyst as a welder, a few welders working steadily make for long pieces welded up. Those longer....ropes, steel, whatever... correspond to longer polymer chains formed in the hardened resin, which makes for a tougher, stronger plastic .once it's hardened that will flex more without cracking.

Hardened resin that goes off real fast tends to be brittle. Short polymer chains. Plus the reaction gives off heat and if it's a thick layer then that heat pushes the reaction even faster so even shorter polymer chains ( and more heat, it gets ugly) are formed.

Long story Short;  I have filled dents by sanding the dent and the area around it and then pouring sanding resin into the dent until it puddles slightly onto the surrounding sanded area.  Then with a medium or hard pad sand flat. Re-gloss and polish etc.  Make sure your board is level to prevent resin from running down hill and aid in sanding flat.