Before heading through to Pemba, Mozambique I had made contact with a couple of people living in the area there to get their input on the waves. I’d been up North by boat before, but couldn’t recall what the waves were like. I received advice that there were very small waves and nothing really worth added effort of travelling with boards. So I took that advice and figured I’d just focus my ocean time on diving.

However, on arrival in Pemba, I found waves right on our doorstep! (I stayed at Ana’s AirBnB )

Being greeted every morning with rideable waves, but no board at hand would have driven me insane. So, I figured the local Dhow craftsman would have the skills to shape a wooden surfboard – this journey proved they certainly do!
The board was constructed out of Mbila Tree, which is the same wood used for the Dhows. However, with hindsight, I would recommend using a lighter wood from the region.

At first I thought to keep it as simple as possible and aim for an Alaia inspired board – I found an  Alaia-Manual online. (can’t remember where I found it, but I’ve read on forums it was created by the team at Wunderlust)

Then after further researching, I decided to rather aim for a Retro Fish or hybrid of Fish/Alaia, as I wanted a board with more maneuverability and figured it would be more fun. There’s loads of resources out there and you can get lost in it all..so just sharing what I found most useful and actually think this is all you need! 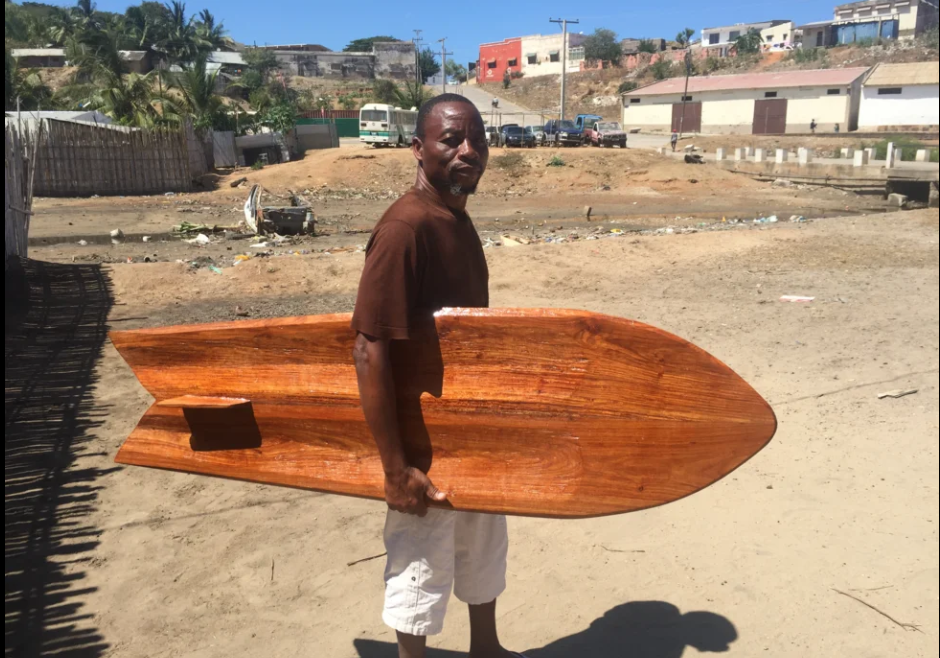